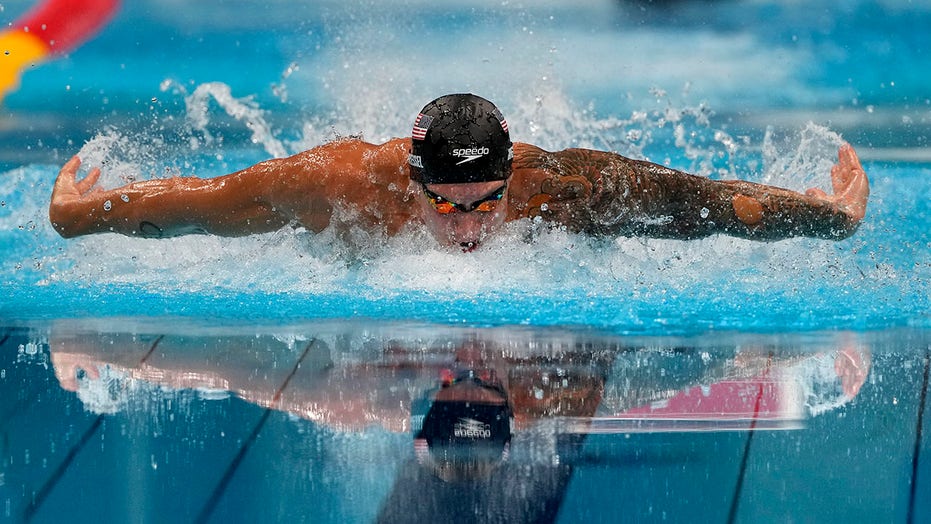 Team USA has topped the leaderboards in swimming events at Tokyo this year after Americans Caeleb Dressel and Katie Ledecky took home two more gold medals on Day 8 of the Olympics.

Ledecky, 24, lit up the Tokyo Aquatics Centre on Saturday morning after capturing her second gold medal of the Games in the women’s 800-meter freestyle. Ledecky continued her domination of the event which she won for the third consecutive time.

TOKYO OLYMPICS 2020: AMERICANS WHO HAVE WON GOLD MEDALS AT THE GAMES

With a time of 8:12.57, Ledecky beat Australian star, Ariarne Titmus, by just 1.26 seconds. After losing to her in both individual matchups, Ledecky wasn’t going to fold under the pressure.

"I could see her the whole way," Ledecky said. "I was trying to keep tabs on her and trying to inch my way out a little bit each 50. I knew she was just going to be lurking there the whole time."

On the men’s side, Caeleb Dressel solidified himself as one of the world’s greatest swimmers after breaking the world record in the 100-meter butterfly, a record he set two years ago at the 2019 World Championships.

"He’s going to put me out of a job one day, so I’m just trying to hang on as long as I can," Dressel said. "Kristof executed perfectly. We both swam exactly the race we needed to."

While the Americans took control of their individual events, the mixed medley was a mess from the start for Team USA.

The U.S. tops the swimming events with 26 medals, eight of which are gold