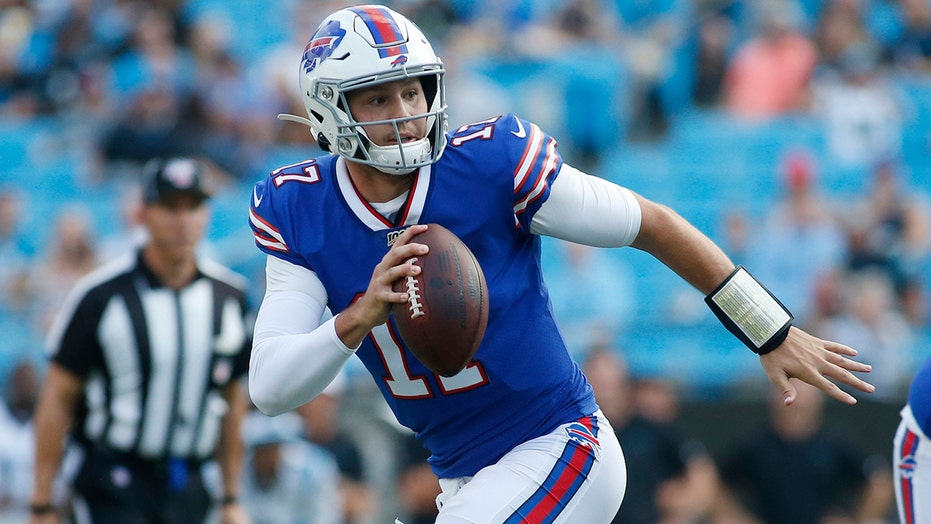 Expectations are high for the Buffalo Bills this season following the departure of legendary quarterback Tom Brady from the AFC East.

The pressure is on for third-year quarterback Josh Allen as head coach Sean McDermott is looking to do more than just improve on their 10-6 record. The Bills are hoping to take home the Divisional Championship, unseating the New England Patriots who have won the title every year since 2008, when the Miami Dolphins were AFC East champs.

The Bills defense has ranked among the top in the league recently, but several acquisitions in the offseason, including a trade that landed star wide receiver Stefon Diggs, is giving new life to Buffalo’s offense.

Betting odds place the Bills at -125 to win the division, but Allen will have to watch out for Cam Newton, who has much to prove after being released from the Carolina Panthers following several injury-riddled seasons before being named Patriots’ starting quarterback last week.

- JIM KELLY SAYS BILLS, NOT PATRIOTS, ARE ‘THE TEAM TO BEAT’ IN AFC EAST

The Bills traded for Diggs in the offseason. (Chris Humphreys-USA TODAY Sports)

The Bills have had a busy offseason which has seen a number of new players join the roster, but the most notable acquisition is that of former Minnesota Vikings wide receiver Stefon Diggs.

Diggs came with a hefty price tag. He was traded to Buffalo for their first-round pick and a fifth and sixth-round pick in this year’s draft while the Bills acquired the 26-year-old and a seventh-round pick in exchange.

With a draft class filled with promising wide receivers, General Manager Brandon Beane opted for a more seasoned player like Diggs, who is coming off back-to-back 1,000-yard seasons, including a career high of 1,130 in 2019.

Diggs, a fifth-round pick out of the University of Maryland, quickly made a name for himself in the NFL. He led the Vikings in receptions and receiving yards in 2015 and was second in the league for receiving yards by a rookie that season behind Amari Cooper.

Under contract for four more years, Diggs will be a necessary weapon for quarterback Josh Allen if the Bills have a chance at taking home the AFC East title.

In this Aug. 16, 2019, file photo, Buffalo Bills quarterback Josh Allen (17) runs out of the pocket against the Carolina Panthers during the first half an NFL preseason football game, in Charlotte, N.C. (AP Photo/Brian Blanco, File)

Buffalo Bills tight end Tyler Kroft (81) celebrates with running back Devin Singletary (26) and others after scoring on a pass from quarterback Josh Allen during the second half of an NFL football game against the Pittsburgh Steelers in Pittsburgh, Sunday, Dec. 15, 2019. (AP Photo/Don Wright)