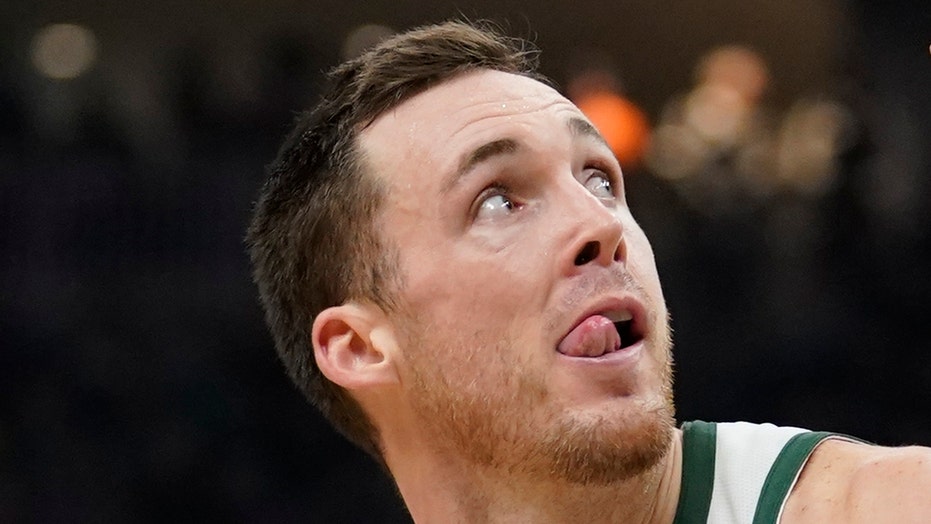 Cameo allows users to send personalized videos to each other from celebrities for cash. Connaughton was paid $75 to read the script, which he later apologized for, according to WITI-TV.

“Hey thin blue line, have a great holiday season,” he said. “We only back you when you come to the Fiserv [the Bucks' home arena]. We don’t take much overall pride in the blue. Remember Brad, yeah, it was us. Have a blessed holiday once again. Sincerely, the team.”

The 26-year-old Bucks player admitted that he didn’t do his “due diligence” before publishing the video.

“I am very sorry for the Cameo video I taped the other day,” he tweeted Sunday. “I have always supported the police 100 percent, I have several relatives who are police officers, and am grateful to all of the officers who protect us everyday.

“While someone with obvious bad intentions was behind this request, I should have first researched what I was being asked to read. I deeply apologize.”

The video has since been deleted.

Connaughton has not been the only athlete to get mixed up in a Cameo controversy. Brett Favre apologized for making anti-Semitic remarks in a 2018 Cameo video.