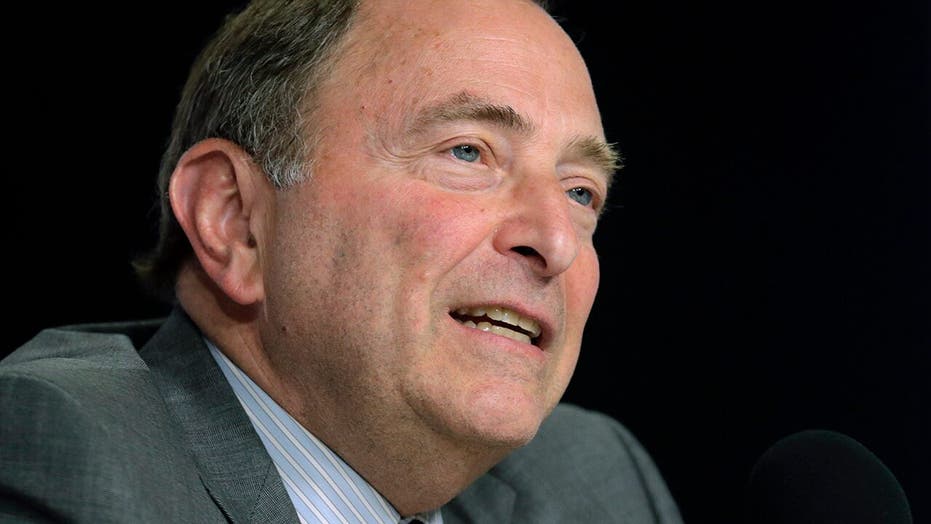 The 64 days spent in the NHL playoff bubble feel like six months to Barclay Goodrow.

STANLEY CUP: THINGS TO KNOW ABOUT THE NHL'S MOST PRESTIGIOUS TROPHY

It's a grind he and players won't do again next season. The league and Players' Association will meet within the next two weeks to discuss the many possibilities of what the 2020-21 season could look like, but there's no desire to stage it entirely within quarantined bubbles.

“Certainly not for a season, of course not,” NHLPA executive director Don Fehr told The Associated Press on Sunday. “Nobody is going to do that for four months or six months or something like that. Whether we could create some protected environments that people would be tested and they’d be clean when they came in and lasted for some substantially shorter period of time with people cycling in and out is one of the things I suspect we will examine.”

Not long after the Stanley Cup is awarded, which could be as soon as Monday night if the Lightning beat the Dallas Stars in Game 6 of the final, the two sides will talk about when next season might start, how many games might be possible, what testing and protocols might be required and whether fans might be allowed into buildings at some capacity at some point.

A week after Commissioner Gary Bettman said a mid-to-late December or January start was possible, Fehr agreed that the tentative Dec. 1 opening night target date was the “earliest conceivable date” the season could start and there's good reason to believe it'll be later.

The NHLPA is in the process of finalizing a committee to start answering the myriad of questions hockey faces in trying to get another season going. And while that and negotiations will begin quickly, the league and players are on the same page, that just like the return to play plan, they want to take time to get this right.

“Nobody is going to rush it,” Fehr said.

It helps the NHL has some time and an opportunity to monitor the NFL, Major League Baseball and college athletics for what's working and not working in those sports.

But the NHL is the most dependent on attendance, which Bettman said affects at least 50% of revenues. It needs fans, but might not be able to get them in all 31 buildings.

“On whatever basis we may or may not be able to have fans in our buildings is something that may be well beyond our control in terms of local government regulations that will determine how much the shortfall is off of where we were and off of where we were projecting,” Bettman said Sept. 19.

The league and players negotiated a long-term extension of the collective bargaining agreement knowing projections for at least next season would be much different given the global pandemic. If each team can't play 82 games with some fans at some point, everyone is likely to take an even bigger financial hit than expected, which could affect player salaries.

“Players are adults. They understand,” Fehr said. “They may not like it. They may grumble, and they may wish it was different. I’m sure owners do. I’m sure fans do. I’m sure everybody does. Nobody likes what we’re living through. But you don’t gain anything by sugar coating or being less blunt than otherwise would be the case.”

Players leaving the playoff bubble were blunt that they don't want to go through that kind of extended isolation again. Vegas forward Max Pacioretty was among them, saying, “I hope we don’t have to do that again."

“I hope the world takes a turn for the better here and hopefully get some normalcy back,” Pacioretty said.

With a true return to normalcy a long time away, everyone may have to make some sacrifices to get back on the ice. The Canadian border plays a factor and might require a rejiggered schedule with shorter or limited travel, like baseball did with its 60-game season.

The NHL could get to 60 games and hand out the Stanley Cup before the planned start of the now 2021 Tokyo Olympics. NBC is the NHL’s U.S. TV rightsholder and also airs the Olympics. Of course, it’s conceivable there’s no season because owners would lose tens of millions of dollars without fans, but Fehr doesn’t believe that’s likely.

“In this world we live in, I think anything is possible, but I think it’s pretty remote,” he said. “What we have to do is basically proceed on the assumption that there will be a season, that we can figure out how to do it and how do we do it in a way which provides the requisite health and safety for players and staff and broadcasters and (reporters) and the fans once we can get them back in the arenas, but at the same time has some integrity. That’ll be the task."