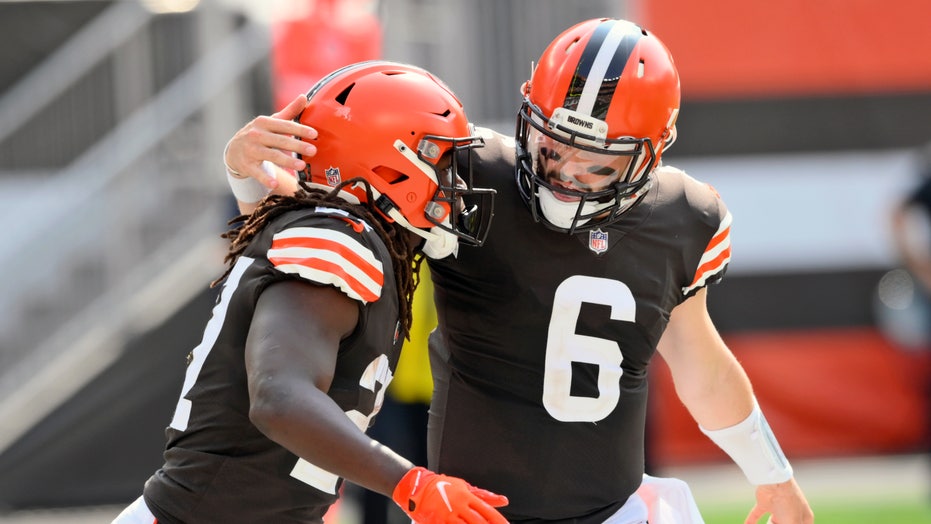 Cleveland fans can exhale. For the first time since 2014, the Browns have a winning record.

Behind two passing touchdowns from quarterback Baker Mayfield and two rushing scores from Nick Chubb, the Browns came away with a 34-20 victory over the Washington Football Team on Sunday afternoon.

With a second-straight win under first-year head coach Kevin Stefanski, Cleveland is 2-1 for the first time since 2011, and it’s the first time the Browns have a winning record since Week 14 in 2014. Back then, the Browns were 7-6 under then-head coach Mike Pettine, but they lost three games in a row to finish the season with a 7-9 record.

The Browns didn’t have a winning record for 90 straight weeks, and from 2015-17, they won just four games.

“We're just trying to get to 1-0 every week,” Stefanski said after the game.

Garrett's strip-sack and recovery midway through the fourth effectively sealed Cleveland's win. He had a similar play last week in a win over Cincinnati.

Chubb then scored on a 20-yard run with 8:40 left to make it 31-20, the TD coming after linebacker B.J. Goodson intercepted Haskins at the Washington 35.

Chubb finished with 108 yards on 19 carries and the Browns leaned on the third-year back to wear down Washington in the fourth.