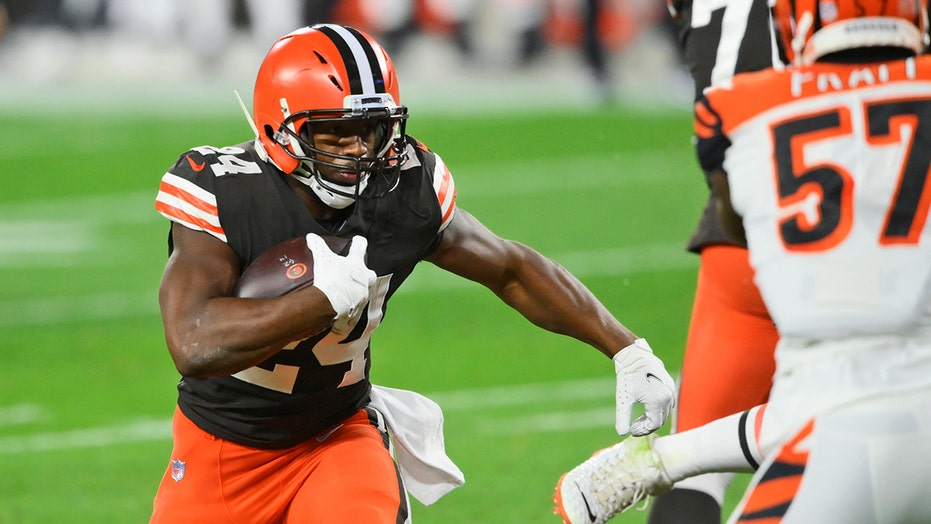 Baker Mayfield and Nick Chubb helped lead the Cleveland Browns to their first victory of the 2020 season, holding off the Cincinnati Bengals 35-30.

Mayfield and Chubb started off the game hot. Chubb put the Browns on top in the first quarter with an 11-yard touchdown run. Mayfield would then connect with Odell Beckham Jr. for a 43-yard touchdown pass, in what appeared to be a vintage play from both players.

Cleveland was able to stop a hard-charging Cincinnati team that got the game to within five points in the fourth quarter.

After a Bengals touchdown, the Browns let Kareem Hunt run through the Cincinnati defense.

Hunt capped off a six-play, 75-yard drive with a score from the goal line to keep Cleveland ahead.

The Browns would hold off the Bengals to pick up their first win of the season and avoid starting the season 0-2.

Mayfield finished 16-for-23 with 219 passing yards, two touchdown passes and one interception.

Chubb had 124 rushing yards on 22 carries and two touchdowns. Hunt added 86 yards on the ground on 10 carries. Beckham led the way with four catches for 74 yards.