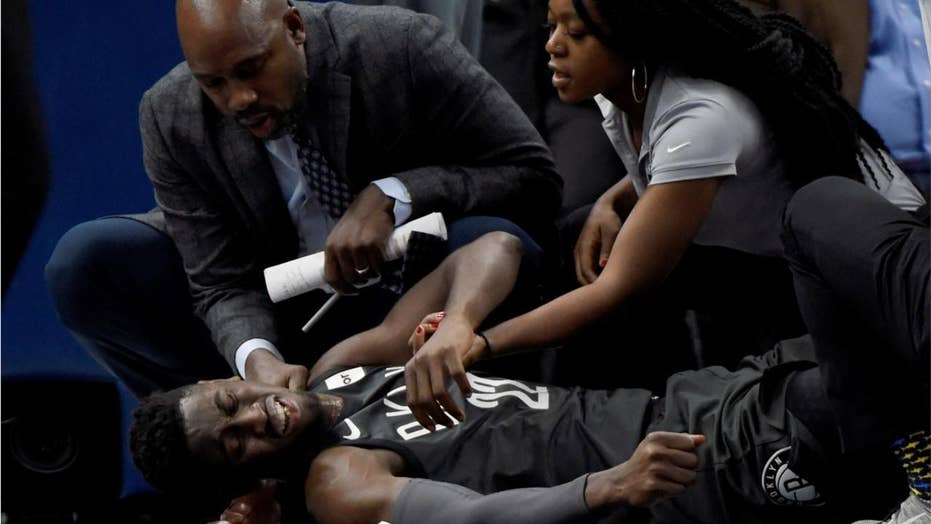 He was taken to a hospital.

LeVert was racing back to block a shot with less than four seconds remaining. His leg bent awkwardly when he landed. LeVert spent several minutes on the court attended by medical personnel while the crowd fell silent.

Timberwolves players huddled in prayer while Nets players surrounded their injured teammate before he was taken off the court on a stretcher.

“It was really hard for all of us coming in the locker room. We’re not overly concerned with the outcome of the game, our thoughts are with Caris,” said Joe Harris, a Net, told the paper. “I don’t even think we talked when we came in at halftime. There was nothing to be said. You could just feel the emotions of everybody. Guys were crying.”

The Nets said LeVert would undergo a full evaluation at the hospital. Updates will be issued when available.

LeVert, a former first-round pick in his third season, was averaging a team-leading 19 points entering the game. He had 10 points, five rebounds, and four assists on Monday.

"Our thoughts should be with him and his recovery. And I don't want to talk about the game or anything else," Atkinson said.