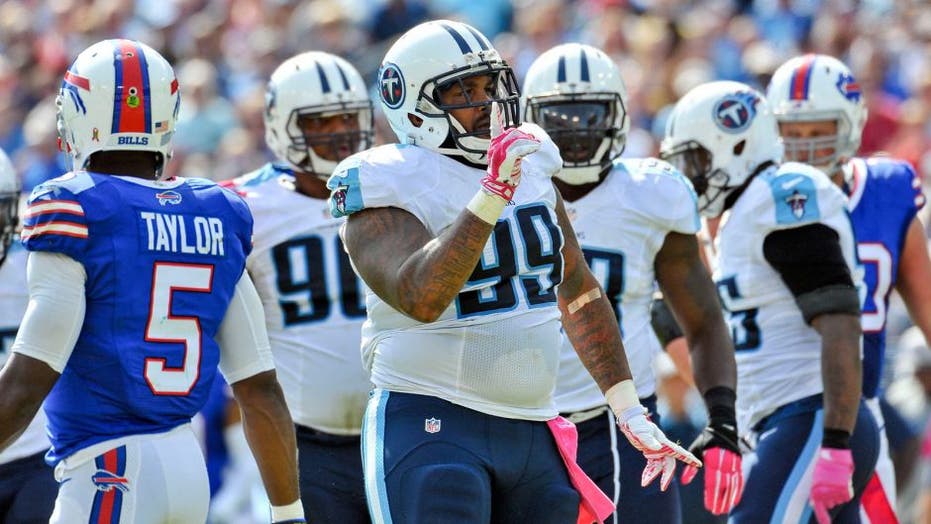 Defensive tackle Jurrell Casey and the Denver Broncos will square off against his former team, the Tennesee Titans, on Monday Night Football in Week 1 of the 2020-21 NFL season.

Casey, who was traded to the Broncos in March, was a guest on a podcast hosted by Devin and Jason McCourty of the New England Patriots, and he said that it felt like “a blow to the heart” because the Titans didn’t tell him directly that they were looking to move him.

Casey spent nine years of his career with the organization. He resigned with Tennessee in 2017 and was disappointed about the trade, especially after the Titans made an appearance in AFC Championship Game last season as the No. 6 seed.

“Those were some rough times,” Casey said via ESPN. “When you’re a loyal guy and you feel like things are going in the right direction and you’re that centerpiece, you got no choice but to fight it through. My mindset was to stick it out and things would get better.

“For us to get to that point to get better and to be a main focus of that and then you just throw me away to the trash like I wasn’t a main block of that,” Casey added. “... Coming off an injury the year before and playing the whole season for ya’ll. No complaints, I did everything you wanted me to do and you throw me like a piece of trash. At the end of the day, none of these businesses are loyal.”

By trading away Casey to the Broncos, the Titans saved $11 million in cap space.