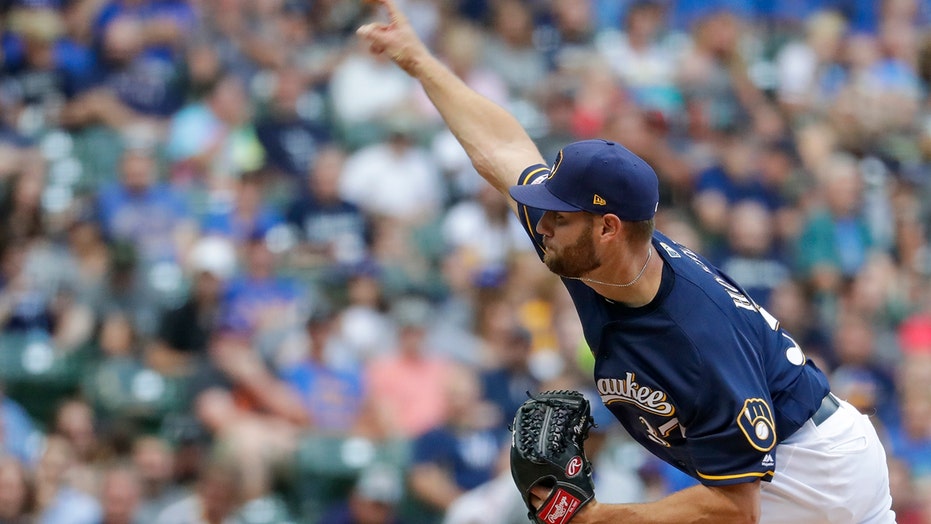 A little spittle was not going to stop Milwaukee Brewers right-handed pitcher Adrian Houser from tossing a gem Saturday against the Texas Rangers.

Houser was in the middle of the first inning when he vomited on the field after committing an error on an Elvis Andrus batted ball. He told reporters after the game that he felt fine.

“I felt good,” Houser told reporters. “I didn't feel sick at all. It was kind of like last time. It just snuck up on me.”

Houser was referencing a separate time where he had to throw up in the middle of a game. That incident occurred during an outing against the Philadelphia Phillies in June. He vomited twice during that relief appearance.

“I have no idea [what happened], but if I keep pitching like that, I'll take it every time,” he said.

Houser still hurled six strong innings, allowing one run on three hits and striking out a career-high 10 batters in a 3-2 win over the Rangers.

Mike Moustakas and Keston Hiura contributed RBIs in the win.