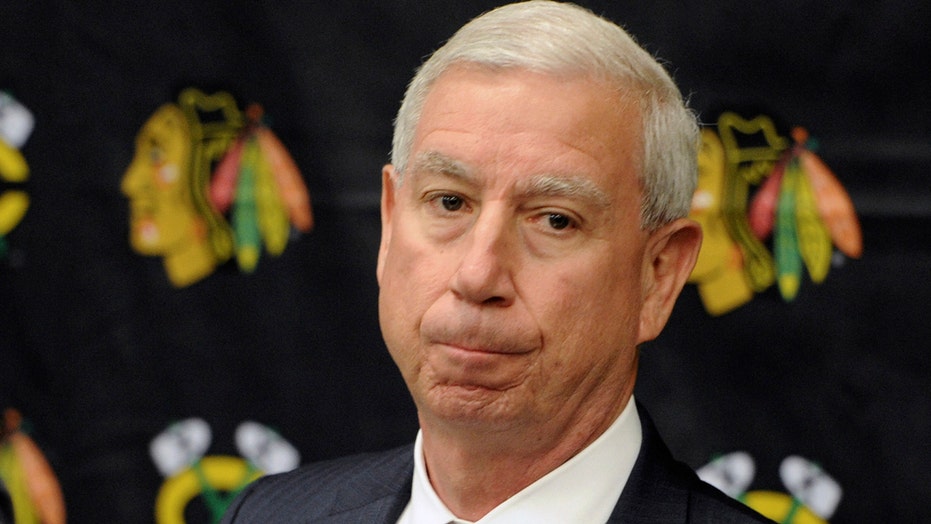 The Chicago Blackhawks fired team president John McDonough on Monday, cutting ties with a key figure in the most successful decade in team history and raising questions about the direction of one of the NHL's marquee franchises.

The surprising move, coming with the season suspended because of the coronavirus pandemic, could have a domino effect on Chicago's leadership structure. Stan Bowman has served as general manager for almost 11 years, but the Blackhawks haven't made the playoffs since 2017 — a painful drought for a franchise that hoisted the Stanley Cup in 2010, 2013 and 2015.

The Blackhawks announced McDonough's dismissal in a news release. Owner Rocky Wirtz pointed to the coronavirus crisis and the pause in play as an opportunity to assess the team's direction.

“While we can reassure our fans there will be hockey again, no one knows what that will look like," Wirtz said in the statement. “What we do know is that it will take a new mindset to successfully transition the organization to win both on and off the ice.”

Danny Wirtz, Rocky's 43-year-old son and a vice president with the team, is replacing McDonough on an interim basis.

“I take this interim role with the utmost responsibility to the team and will focus on resetting the framework for the next generation of the Chicago Blackhawks,” Danny Wirtz said in the release. “I look forward to working with Rocky to identify our next leader.”

The 66-year-old McDonough is one of the most respected figures in sports business. He was president of baseball's Chicago Cubs before he was hired by Rocky Wirtz in 2007 to take over the Blackhawks.

McDonough was a big factor in Chicago's rise to the top tier of the NHL on and off the ice. The team has an active sellout streak of 531 games. The organization is well known for its fan experience and marketing abilities, one reason why it has been a regular participant in the NHL's outdoor games.

“Thirteen years ago, I recruited John to the Blackhawks because of his leadership, direction and vision. John brought all of that to the table and more," Rocky Wirtz said. "His contributions went well beyond leading the team to three Stanley Cup championships. He rebuilt the front office and helped guide the organization toward a winning vision.

“As difficult as this is, we believe it was the right decision for the future of the organization and its fans."