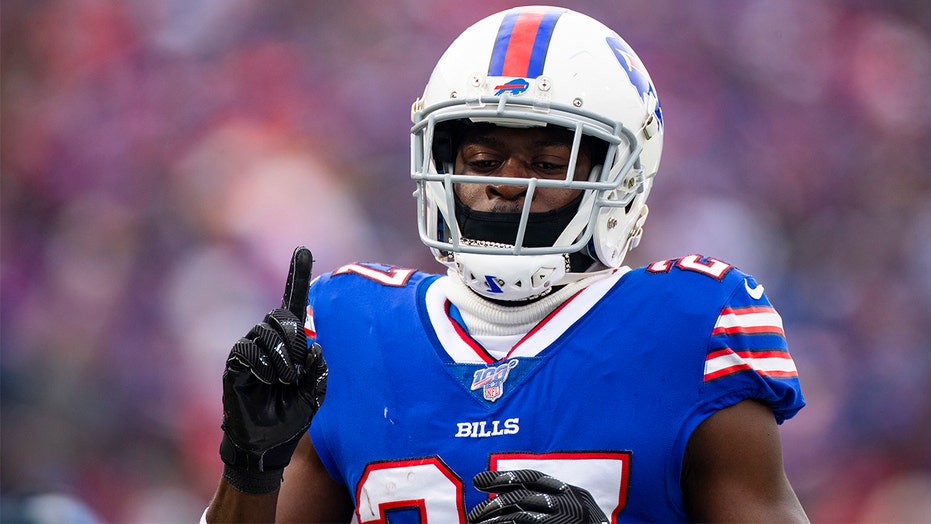 NFL players will do just about anything within the rules to get an advantage over their opponents, just as NFL coaches take extra precautions to keep their plays away from the curious eyes of opposing teams.

For Buffalo Bills cornerback Tre'Davious White -- one of the best players on their roster -- all he needed was a little help Sunday from Mother Nature to get a leg up on the Baltimore Ravens amid gusty conditions in Orchard Park, New York.

During the third quarter at New Era Field, a gust of wind caused Ravens special-teams coach Randy Brown to lose what appeared to be pictures of the team's plays, sending some of the pages onto the field, ESPN noted.

Ravens players and referees reportedly scooped up most of the notes, but not before White picked up a few pages and was caught on camera analyzing them for a few seconds.

Tre'Davious White of the Buffalo Bills during a game against the Denver Broncos last month. (Brett Carlsen/Getty Images, File)

Unfortunately for White, the sneak peek didn't translate to a victory for the Bills against a better Ravens team. They were defeated 24-17 on Sunday afternoon and fell to 9-4.

The Ravens moved to 11-2 and kept rolling on top of the AFC.