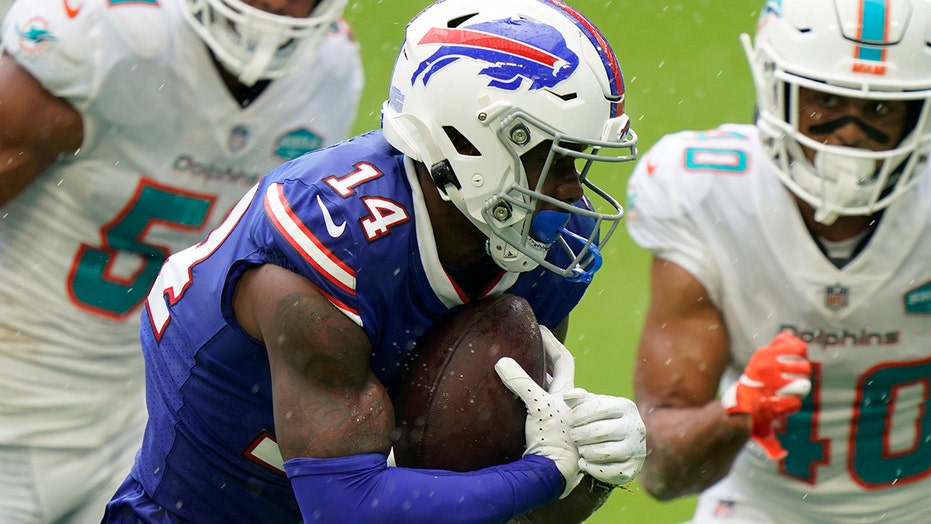 Stefon Diggs had a great game for the Buffalo Bills and completely outshined his former team.

Diggs had eight catches for 153 yards and a touchdown catch in the Bills’ 31-28 victory over the Miami Dolphins. Buffalo improved to 2-0 with the win.

“Big time player,” Bills coach Sean McDermott said of Diggs after the game, according to the team’s website. “They say big time players make big time plays in the game. He did that as well as Gabe Davis, John Brown, in terms of the last touchdown and, of course, Josh delivering the ball. He needed time and I just thought overall man just a really good offensive performance. We've got to continue to evolve and grow at the same time, though, right? But just real happy to see what we did offensively.”

For Diggs, the incredible stat line was a bit more than just helping Buffalo win. It was another game to show the Minnesota Vikings that they made a mistake trading him in the offseason.

Diggs spent the first five seasons of his career with the Vikings and helped the team tremendously during their playoff appearances. Minnesota would trade Diggs to the Bills in March for a first-round, second-round, and sixth-round pick.

After two games, Diggs is the NFL’s leader in receiving yards with 239. He has 16 catches and a touchdown in the first two games and is already showing why the Bills made the right move.