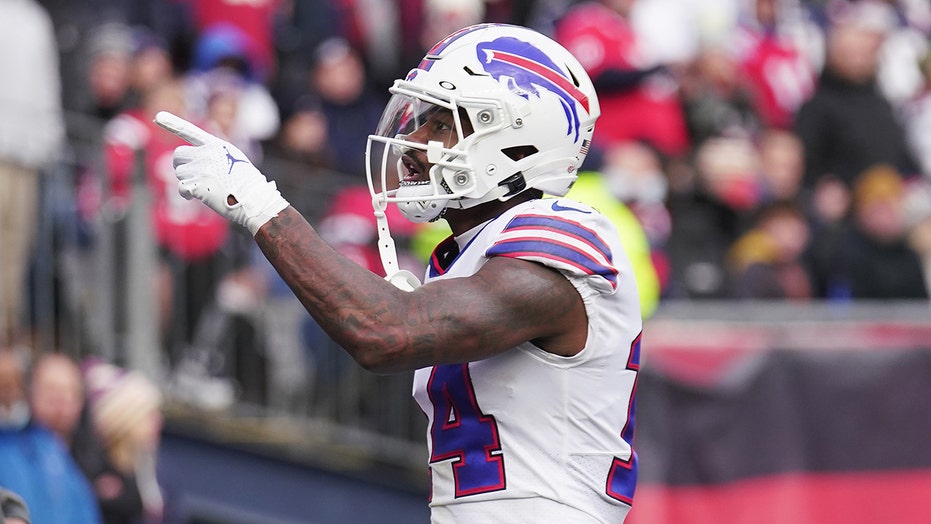 Buffalo Bills star Stefon Diggs had an expletive-laced message for some New England Patriots fans sitting in the end zone during a game on Sunday.

In the second quarter, Bills quarterback Josh Allen found Diggs for a 12-yard touchdown pass to go up 17-7 on their divisional rivals in a game that could determine who wins the AFC East. As Diggs celebrated the touchdown, a hot mic caught what he was telling fans who packed Gillette Stadium.

Diggs and Isaiah McKenzie each had a touchdown catch. By the end of the third quarter, each players had five or more catches for 60 yards.

Stefon Diggs of the Buffalo Bills reacts after scoring a touchdown during the second quarter against the New England Patriots at Gillette Stadium Dec. 26, 2021, in Foxborough, Mass. (Omar Rawlings/Getty Images)

Diggs, who led the NFL in receptions and receiving yards last season, has 82 catches for 1,007 yards this season. It’s his fourth straight season of 1,000 or more receiving yards.

The Bills were looking for a revenge victory over the Patriots after losing to them 14-10 in wicked weather at home three weeks ago.

Buffalo entered the game losers of three of its last five. The team was in second place behind the Patriots in the AFC East with the Miami Dolphins on their tail.