The Big Ten greenlit the football season because "they see the success of the NFL and other college football conferences" amid the coronavirus pandemic, said Fox News contributor Jim Gray.

“I think they see the success the NFL is having -- some of the other conferences -- and they figured 'hey, look players want to play, the coaches want to play, many of the fans even though they can't attend the games want to see what is going on and let's face it the institutions are dying for this revenue and there is a tremendous amount of money from television," Gray told "America's Newsroom."

“I think they have seen what can go on here. I mean, look what is going on. Obviously the NBA and NHL are in bubbles, so, it is a much different thing. You do see the rise on some campuses of coronavirus and you do see what is happening with some of the students,” Gray said.

Gray continued, “So, they’re going to have a lot of challenges going forward but they do see that the other conferences are playing and, perhaps, the numbers and the statistics have gone down across the country with the coronavirus so they figured let’s give this a try and that’s what they’re going to do.”

Now that the Big Ten has a rescheduled kickoff weekend, coaches and players can start the sprint to opening day.

After canceling spring football, limiting and sometimes pausing offseason workouts, shutting down full-contact practices and eventually postponing the season, the league's 14 university presidents and chancellors have given teams five weeks to accomplish what typically takes months — getting into football shape by late October for the start of a most unusual season.

“We’re going to be ready to play on (October) the 24th," Ohio State coach Ryan Day said, referring to the new opening weekend. “You know, the ramp up to that, and the 20 hours (of weekly practice), and putting on pads has been well thought out. So we’ll be ready. We’ll play with depth."

Vocal critics of the school leaders who voted 11-3 to postpone all fall sports amid an August uptick in COVID-19 cases have been largely silenced by the unanimous vote that put Big Ten football back on the calendar alongside the ACC, Big 12 and SEC.

Stadiums will be mostly empty and tickets will not be sold to the public. The season has been reduced from 12 games to eight with the opportunity for a ninth around the Dec. 19 conference championship game. 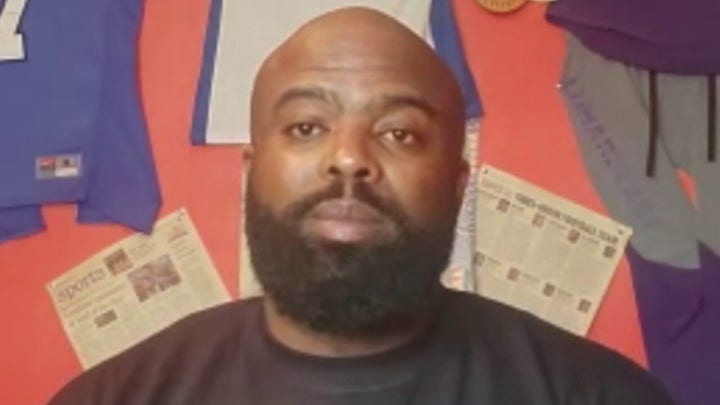 Gray said that students are “different than the general population” in terms of their behavior around the coronavirus.

“You have people in dorms rooms where they are on campus and where they are able to attend school, it’s just a whole different environment. We’ve seen pictures of how these students get together and what they do,” Gray said.

Gray went on to say, “But, having said all that, this is what they have decided to do. These college athletic directors and the presidents of the schools have all come together and the chancellors have all come together along with the football team and the football coaches and the athletic departments -- this is what they have decided that they are going to do. So, if you look at what is going on in some of the other conferences, they just play without the players. They’re going to go forward and keep these players off the field.”