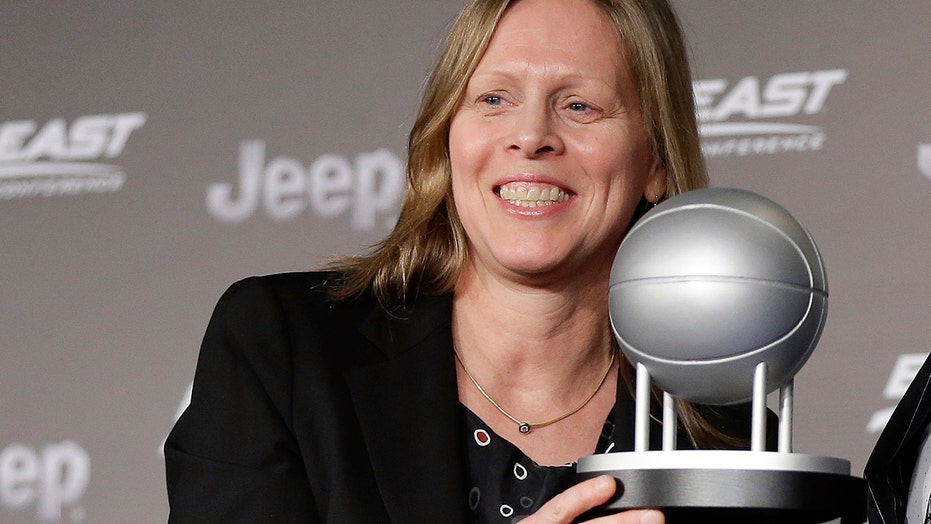 The presidents of the 11 members of the Big East Conference are leaning toward not allowing sports to be played at schools this season unless their campuses are open.

Commissioner Val Ackerman disclosed the thinking of the presidents on Friday in a wide-ranging virtual interview with members of the media about the fallout on the conference from the coronavirus pandemic.

While no deadlines have been set, Ackerman said the presidents indicated a late June/early July deadline for fall sports, and possibly a Sept. 1 deadline for winter sports, when basketball is played. The conference is considered a basketball power.

It is conceivable the league would play with some members not participating.

Ackerman said there are hybrid scenarios that could change things, such as a campus opening late.

On other topics, Ackerman said the league mitigated the financial loss from being forced to cancel its year-end men's basketball tournament at Madison Square Garden because it had insurance against the pandemic under a policy that also covered terrorism and other unexpected occurrences.

The Big East was forced to cancel its annual men’s conference tournament on March 12 at halftime of the first of four scheduled games that day because of the escalation in COVID-19 cases. Ackerman had no second thoughts about deciding to play the game that day, saying city health officials, the league’s board and senior medical personnel from the NCAA also backed the choice that morning. Ackerman said the league has had event cancellation insurance for years. Many other conferences have similar policies for their major events.

In the past two months, Ackerman said the league has talked to its presidents, coaches, doctors and the NCAA about the future and building a playbook for it.

“Really everyone in the college sports community is trying to pick up the pieces from March and trying to figure out all of this uncertainty, this unprecedented uncertainty, and what our options are going to be, particularly this fall," she said, “and how they relate to practices, to competitions, to conference championships and, of course, NCAA championships.”

Cancellation of the NCAA basketball tournament was a major financial hit to many conferences, particularly the Big East, which expected to have at least six teams make the event. Money dried up because without the tournament there were no ticket sales or television revenue.

Ackerman said the conference, which has universities and colleges in 10 states and the District of Columbia, will be governed down the road by the rulings of local governments.

Ackerman added thatthe focus of the league is keeping all its members, coaches and student-athletes healthy.

“While the loss of sports competitions in the U.S. pales in comparison to the many, in some cases, uncountable effects of the pandemic, it seems to us that the absence of sports in many ways reaffirms how important they are to all of us,” Ackerman said. “So I feel confident when sports do come back, they are going to come back big."