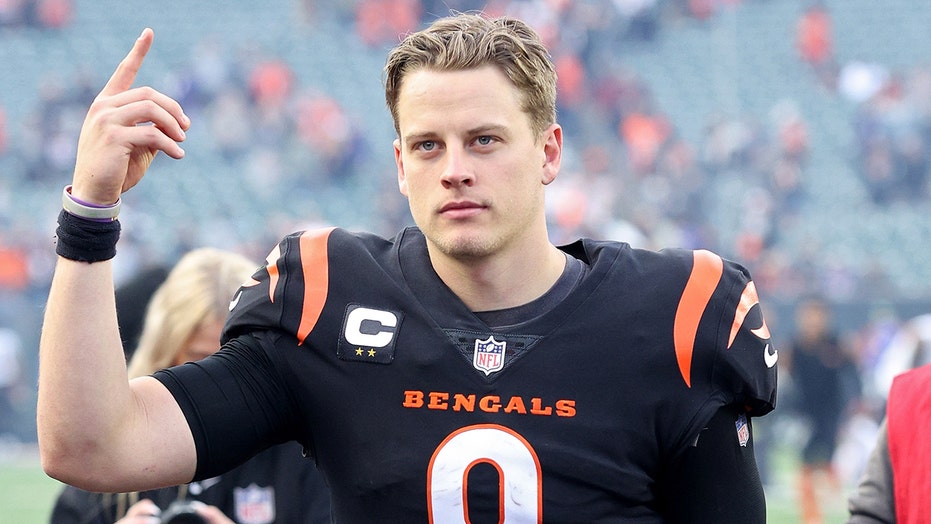 Burrow finished the 41-21 victory 37-for-46 with 525 passing yards and four touchdowns. He was asked whether he saw Martindale’s comments about pumping the brakes before anyone crowned Burrow a Hall of Famer.

Cincinnati Bengals quarterback Joe Burrow (9) reacts after a touchdown run by Joe Mixon during the first half of an NFL football game against the Baltimore Ravens, Sunday, Dec. 26, 2021, in Cincinnati. (AP Photo/Aaron Doster)

When asked whether it was on his mind during the giant game he had, Burrow replied with a huge grin: "Maybe."

Martindale was asked about playing Burrow and the tough stretch the team has been in with tough opponents on the schedule.

Joe Burrow #9 of the Cincinnati Bengals throws a pass during the first quarter in the game against the Baltimore Ravens at Paul Brown Stadium on December 26, 2021 in Cincinnati, Ohio. (Andy Lyons/Getty Images)

"We're going down the wrong street, because ... like I said last week, Davante Adams, he's one of the top two receivers in the league, and he's not No. 2, and Aaron Rodgers is a Hall of Fame quarterback, and I don't think we're ready to buy a gold jacket for Joe [Burrow] yet," Martindale said Thursday.

"You could tell the game is slowing down for him. He's seeing things a lot faster than he did his rookie year, and it's going to be a tough challenge."

Martindale wasn’t critical of Burrow, but it appeared his remarks were enough to make it to Burrow’s personal bulletin board.

Burrow broke a Bengals team record for passing yards, previously held by Boomer Esiason (522 yards). The win gives Cincinnati control over their own path to the playoffs with two games left.

Joe Burrow #9 of the Cincinnati Bengals walks off the field after a win over the Baltimore Ravens at Paul Brown Stadium on December 26, 2021 in Cincinnati, Ohio. (Andy Lyons/Getty Images)

"We're right where we want to be," Burrow said. "We knew we had a chance to be in this position in training camp. We knew the kind of team we had. You couldn't ask for a better situation right now. We control our destiny. Win these next two games, and we've got the division locked."