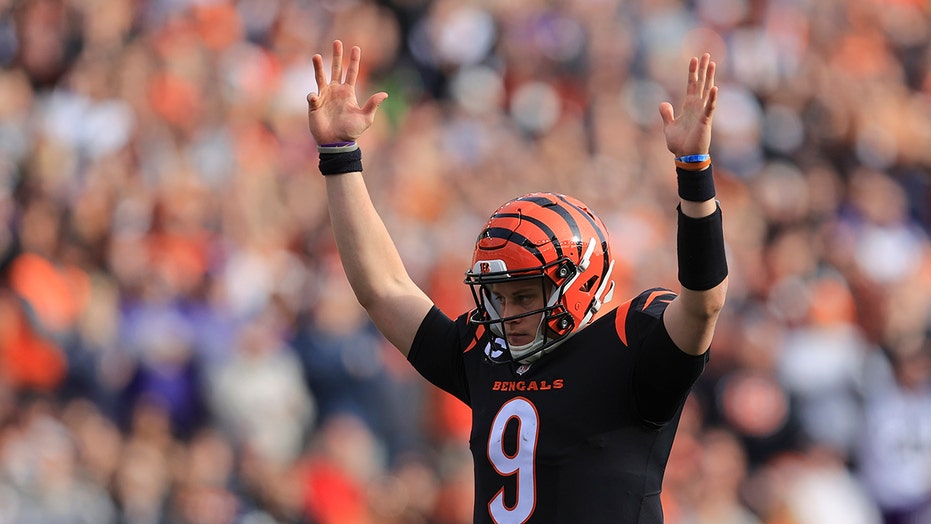 Joe Burrow threw for a franchise-record 525 yards and four touchdowns, and the Cincinnati Bengals took sole possession of first place in the AFC North with a 41-21 win over the depleted Baltimore Ravens on Sunday.

Burrow, the second-year QB who broke Boomer Esiason's team record of 522 yards, was 37 of 46 and threw two touchdown passes to Tee Higgins and one each to Tyler Boyd and Joe Mixon as the Bengals (9-6) swept the Ravens for the first time since 2015. Cincinnati won 41-17 at Baltimore on Oct. 24.

Tee Higgins had 12 receptions for a career-high 194 yards. Ja'Marr Chase caught seven for 125 yards, and Boyd had three catches for 85 yards.

With Lamar Jackson out with an ankle injury and backup Tyler Huntley on the COVID-19 list, Josh Johnson — signed as a free agent 10 days ago — started at quarterback for the Ravens (8-7). His 4-yard pass to Rashod Bateman put Baltimore up 10-7 in the first quarter, but the Ravens — especially their injury-ravaged secondary — couldn't keep up with Burrow and the Bengals.

Johnson was 28 for 40 for 304 yards with two touchdown passes and an interception. Tight end Mark Andrews had eight catches for 125 yards and a TD. The Ravens were ineffective running the ball, with Devonta Freeman leading the team with 17 yards.

Baltimore dropped out of playoff position in the AFC and will hope to get some key players back from injuries and the COVID-19 list for its final two games, both at home, against the Los Angeles Rams and Pittsburgh Steelers.

Late in the rivalry game with the outcome decided, Burrow kept throwing the ball in a bid for the record, which he shattered on a 52-yard bomb to Mixon after the 2-minute warning. Mixon finished with 135 yards from scrimmage — six catches for 70 yards and 18 carries for 65 yards and a 1-yard, first-quarter touchdown on fourth-and-goal.

The Bengals are having their best season since 2015, when they last reached the playoffs and were eliminated by the Steelers in a wild-card game.

Ravens: CB Anthony Averett suffered a chest injury making a first-quarter tackle and did not return.