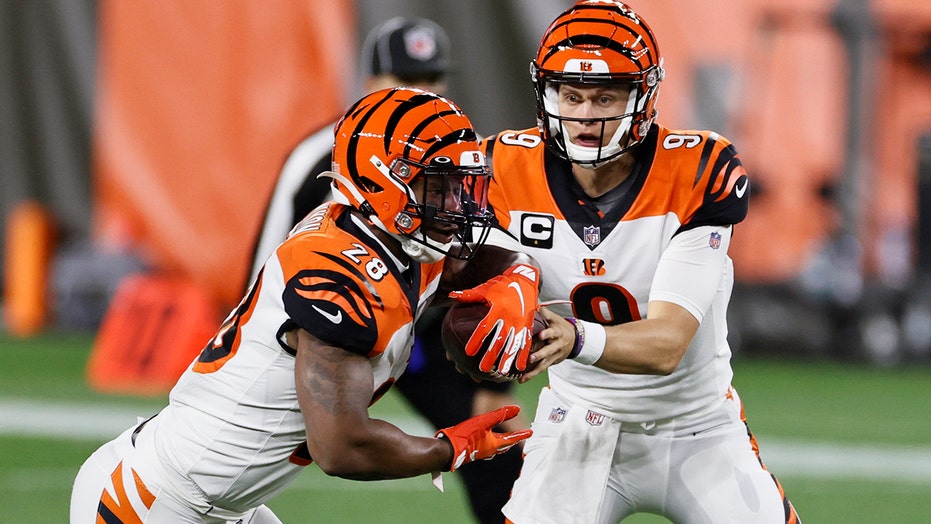 Cincinnati Bengals rookie Joe Burrow connected with C.J. Uzomah in the second quarter against the Cleveland Browns on Thursday night for his first career touchdown pass.

The quarterback, in his second career NFL start, found Uzomah for the 23-yard score and kept the game close in the quarter against the Browns in Cleveland.

Burrow had a rushing touchdown in last Sunday’s close loss to the Los Angeles Chargers. But he had a potential go-ahead touchdown pass to A.J. Green called off because of an offensive pass interference penalty. Cincinnati would fail to tie the game after a missed field goal in the closing seconds.

Ohio native LeBron James was among those watching Burrow. He sang the praises of the LSU product on Twitter.

“Burrow is SPECIAL! He has the ‘IT’ for sure,” the Los Angeles Lakers superstar tweeted.

Both teams came into the game winless. As the Bengals lost to the Chargers in their first game, the Browns lost in a blowout fashion to the Baltimore Ravens.

Both teams needed a win to keep pace for an AFC North title and keep their wildcard chances alive if things go awry through the season.