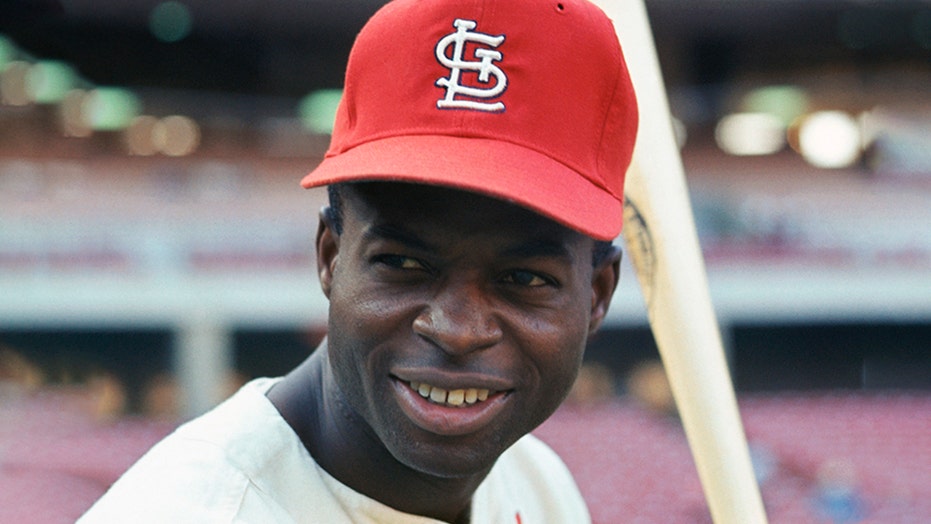 Lou Brock, the Hall of Fame St. Louis Cardinals' outfielder who topped 3,000 hits and retired as the all-time leader in stolen bases, has died at 81.

Dick Zitzmann, Brock's longtime agent and friend, confirmed Brock's death on Sunday to The Associated Press, but he said he couldn't provide any details. In 2017, Brock was diagnosed with cancer, and in recent years, he lost a leg from diabetes.

“Over my 25-plus years of being his agent, he was perhaps the happiest Hall of Famer I've ever encountered,” Zitzmann told AP. “I think he led a life that will never be duplicated."

Brock stole 938 bases in his career, including 118 in 1974 -- both of those were MLB records until they were broken by Rickey Henderson.

Brock, who had a career batting average of .293, led the majors in steals eight times and scored 100 or more runs seven times. He also accumulated 3,023 career hits. In the postseason, Brock was even more impressive. He had a .391 batting average, with four home runs, 16 RBIs, and 14 steals in 21 World Series games. He led the Cardinals to World Series titles in 1964 and 1967.

Brock's death came after Hall of Fame pitcher and New York Mets legend Tom Seaver died on Monday. Brock and Seaver faced each other 157 times, the most prolific matchup for both of them in their careers.