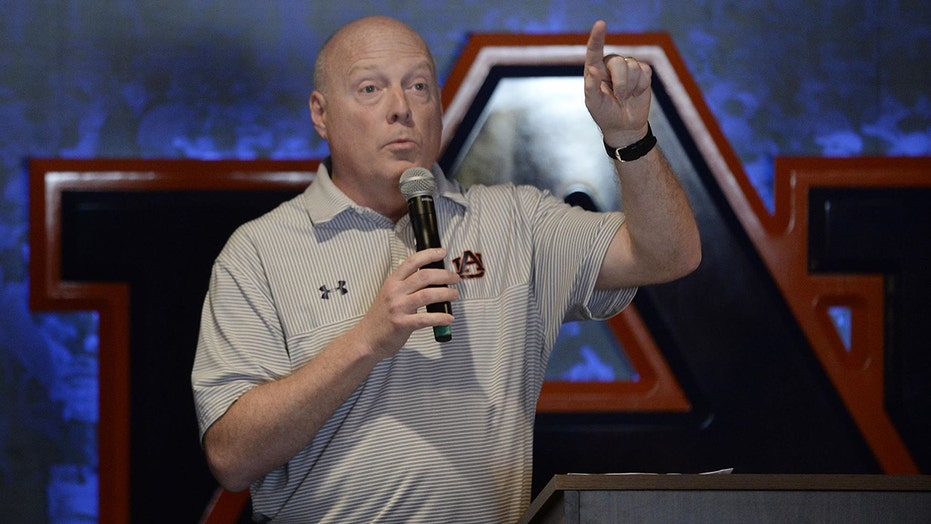 The long-time radio voice of Auburn football and his wife were killed Saturday when their SUV was rear-ended by a 16-year-old in another SUV, according to reports.

Rod Bramblett, 53, had been the radio play-by-play caller for Auburn football and men’s basketball since 2003. He started calling Auburn baseball in 1993.

Police and witnesses said Bramblett and his 52-year-old wife Paula were waiting to make a turn in a 2017 Toyota Highlander when they were hit in the rear by the 16-year-old in a 2011 Jeep Grand Cherokee, the Opelika-Auburn News reported.

The crash happened around 6 p.m. Saturday at an intersection near the Auburn campus.

Police ruled out alcohol as a cause of the crash, the Montgomery Advertiser reported.

"Our hearts are full of grief," Auburn President Steven Leath tweeted, according to the paper. "Janet and I offer our sympathy and support to the family of Rod and Paula Bramblett. The Auburn family loves you!"

"You will not find a kinder, more unselfish soul than Rod," he said, the paper reported. “His love for Auburn, our student athletes and coaches is genuine and heard loud and clear. Praying for Rod, Paula and Bramblett Family."

Sports Illustrated named Bramblett Play-by-Play Announcer of the Year in 2013.

"Bramblett was given two once-in-a-lifetime plays this year, and he delivered on both," the magazine said. "Though his call of Chris Davis’ 109-yard dash in the Iron Bowl will be played for eternity, even better was his description of Ricardo Louis's 73-yard catch of a tipped ball that gave the Tigers a 43-38 win over Georgia on Nov. 16: "A miracle in Jordan-Hare! A miracle in Jordan-Hare!"

Bramblett appeared on Fox & Friends in 2013 to discuss the memorable Davis call.

"We're right there with the fans in that moment, jumping and screaming and hugging — I think there may have even been some men kissing in the booth!"