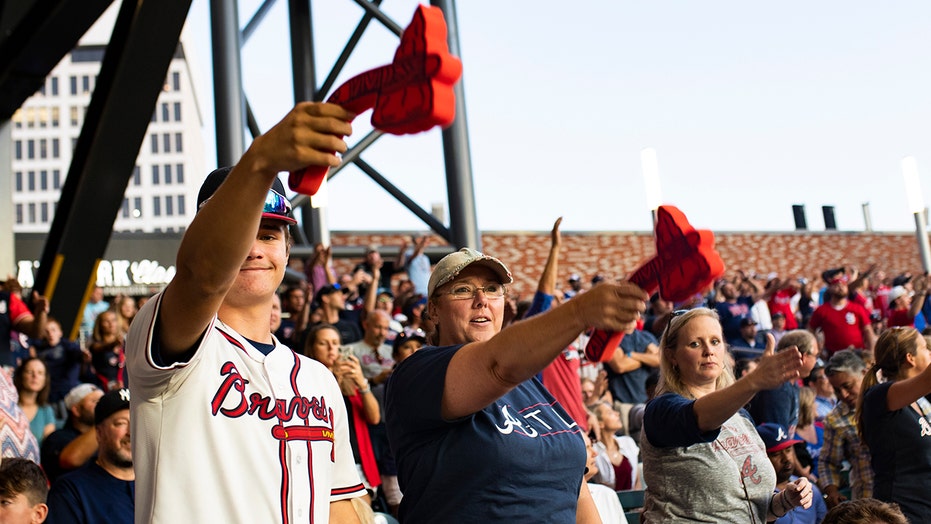 Some Georgia Republicans blamed the Atlanta Braves’ blowout loss to the St. Louis Cardinals in Game 5 of the National League Division Series on the club nixing giving away foam tomahawks to fans.

The Braves didn’t distribute the foam tomahawks after Cardinals pitcher Ryan Helsley, who is a member of the Cherokee nation, expressed his frustration with the franchise using the Tomahawk Chop during games. He told the St. Louis Post-Dispatch that the rallying cry is a “misrepresentation of the Cherokee people or Native Americans in general.”

Republican officials in the state took issue with the Braves’ decision not to distribute the foam tomahawks to fans.

“This. Is. Painful,” Rep. Trey Kelley, the Georgia House Majority Whip, tweeted. “Have to feel this is karma for the unjustified and rash decision to do away with foam tomahawks.”

“So we’re giving away home field advantage. So much for being RELENTLESS. Makes no sense @Braves. Want to end light it up chop too??? Time to chop our hearts out ATL!”

Several others also took aim at the Braves.

The Braves have used the Tomahawk Chop at home games since the early 1990s. The Braves said prior to the start of the National League Division Series game they were taking the necessary steps to “reduce the Tomahawk Chop during our in-ballpark presentation” on Wednesday.

The team said it would not play the music that accompanies the chant when Helsley was in the game.

Helsley is from Tahlequah, Okla., speaks the Cherokee language and is one of a handful of Native Americans in the majors.