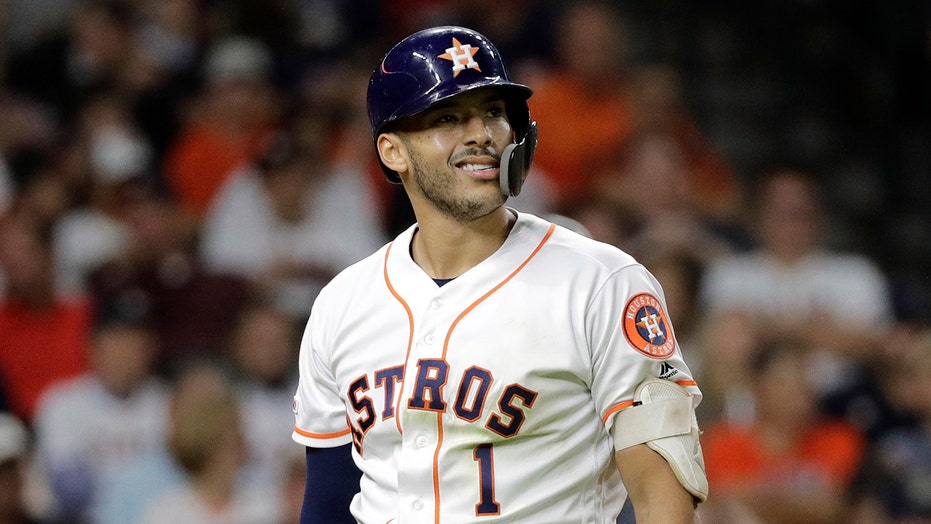 Houston Astros star Carlos Correa made the most extensive comments on the sign-stealing allegations against his team since the accusations emerged after their World Series loss last year.

Correa, at an autograph show alongside George Springer and Alex Bregman, said he had no doubts about whether the sign-stealing allegations against the 2017 World Series team would taint their title.

“He’s a grown man, and he can do whatever he wants to do. It’s a free country,” Correa said Saturday about former teammate Mike Fiers blowing the whistle on the scandal, as the Houston Chronicle reported. “Knowing Fiers, it was surprising, because we were a team. We were a team. We were all together and we had a bond, and we won a World Series championship. But, this is America, the land of the free. You can say what you want to say.”

Correa admitted he’s been cooperating with Major League Baseball in its investigation.

“It was pretty surprising to wake up to that news [this past November],” he said. “I cooperated with MLB like we’ve all been doing so we can put an end to all of this and all this talk and move forward.”

It’s unclear when, if any, penalties will come down as a result of the investigation.

MLB Commissioner Rob Manfred said in November he could impose harsh punishment on the Astros beyond the loss of draft picks should there be sufficient evidence to show they stole signs through illicit means during the 2017 regular season and postseason.

Houston was accused of setting up a camera in centerfield at Minute Maid Park that was hooked up to a television in the clubhouse to see whether an opposing pitcher was going to throw an off-speed pitch. An Astros team employee allegedly would relay the sign to the batter by banging on a trash can.

Manfred fined the Boston Red Sox in 2017 for using an Apple Watch to steal signs from the New York Yankees catchers. Manfred warned all teams that the league would enforce serious sanctions if a violation of that type was confirmed to have happened.

“I’m not going to speculate on what the appropriate discipline is. That depends on how the facts are established at the end of the investigation,” Manfred said in November. “The general warning that I issued to the clubs, I stand by. It certainly could be all those things. But, my authority under the major-league constitution would be broader than those things, as well.”

Manfred said he believed the investigation will be completed by the start of the 2020 season.