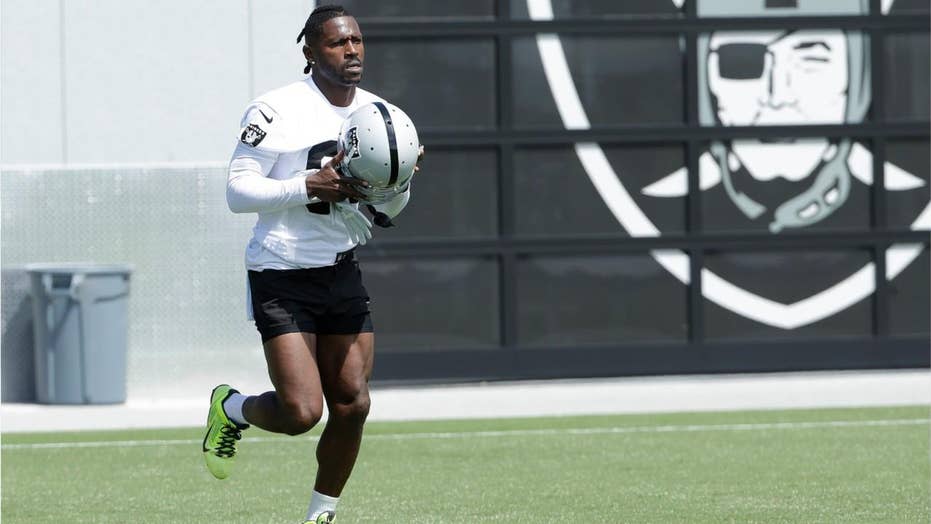 Oakland Raiders’ Antonio Brown is being accused of stiffing ‘Sports Chef’ out of $38,000. Fox News spoke with Stefano Tedeschi about the lawsuit.

Details behind the incident between Antonio Brown and Oakland Raiders general manager Mike Mayock began to emerge Friday as the wide receiver’s status for Week 1 hangs in the balance.

According to multiple reports, Brown and Mayock got into a heated argument during practice Wednesday in which Brown threatened to punch Mayock in the face. ESPN reported that Brown used “disparaging language” toward Mayock.

A Raiders source told ESPN that Brown called Mayock a “cracker” and used a slew of “cuss words” toward the general manager. Pro Football Talk also reported the word “cracker” was used.

Mayock reportedly attempted to keep calm during the entire situation.

“[Mayock] was like, ‘I’m cool, I understand your displeasure,'” a source told ESPN. “[Mayock] sort of just like ... just walked away because he saw it escalate.”

Tensions between Brown and Mayock reportedly came to a head after Brown shared his apparent displeasure with Mayock for sending him a letter about the possible fines the wide receiver faces for missing a practice and a walkthrough.

Brown shared the letter Mayock sent him and wrote on his Instagram Stories: “WHEN YOUR OWN TEAM WANT TO HATE BUT THERE'S NO STOPPING ME NOW DEVIL IS A LIE. EVERYONE GOT TO PAY THIS YEAR SO WE CLEAR.”

Despite all the drama, head coach Jon Gruden told ESPN's Adam Schefter Brown will play against the Denver Broncos on Monday night and won't be suspended.