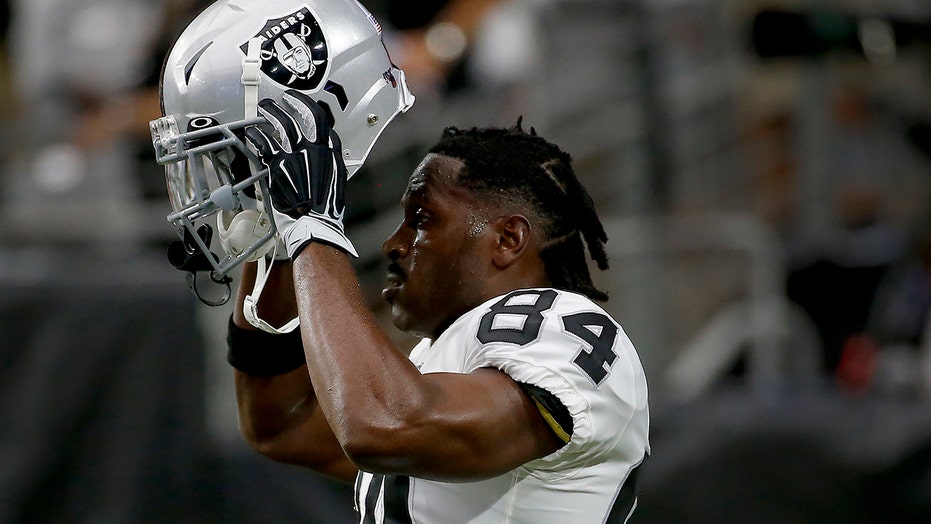 The epic back-and-forth over Antonio Brown’s helmet sometimes seems like a saga that could outlast Star Wars.

Brown has been upset with the NFL and the NFL Players’ Association because he has been barred from using the same Schutt Air Advantage helmet that he's used throughout his career. Brown filed a grievance over the issue and lost.

So the wide receiver, whom the Oakland Raiders acquired in the offseason from the Pittsburgh Steelers, sought to find a newer version of the same helmet that was less than 10 years old.

But when the helmet that he found was sent to an independent lab for testing, a person familiar with the results told the Associated Press that the newer version of the helmet was no different than the version that was previously rejected. Pro Football Talk first reported the failed test.

Brown was seen on the sidelines of the Raiders’ preseason game against the Arizona Cardinals, but did not play.

“You all know that A.B. is not here today. So here's the bottom line. He's upset about the helmet issue. We have supported that. We appreciate that,” Mayock said. “But at this point, we've pretty much exhausted all avenues of relief. So from our perspective, it's time for him to be all in or all out. So we're hoping he's back soon. We've got 89 guys busting their tails. We are really excited about where this franchise is going and we hope A.B. is going to be a big part of it starting Week 1 against Denver. End of story. No questions.”

Drew Rosenhaus, Brown’s agent, told South Florida’s 7 Sports Extra they were still trying to come up with a solution to the helmet problem.

“There's no doubt it's still an ongoing process,” Rosenhaus said. “We are trying to work with the team and the league and the union to come up with a solution. We haven't figured it out yet. To say that AB is upset about the decision to not let him wear his helmet is accurate, but we're still processing it and figuring it out. I wouldn't make too much about him not being there today, as much as we're still trying to come up with a solution that works for everyone.”

Brown’s Schutt Air Advantage helmet is no longer allowed because the NFL follows the National Athletic Equipment Reconditioners Association policy, according to which, helmets 10 years or older cannot be recertified. Schutt discontinued making the helmet three years ago due to updated technology.

Brown has been limited at practice because of foot issues. He reportedly suffered frostbite after a mishap at a cryotherapy chamber.