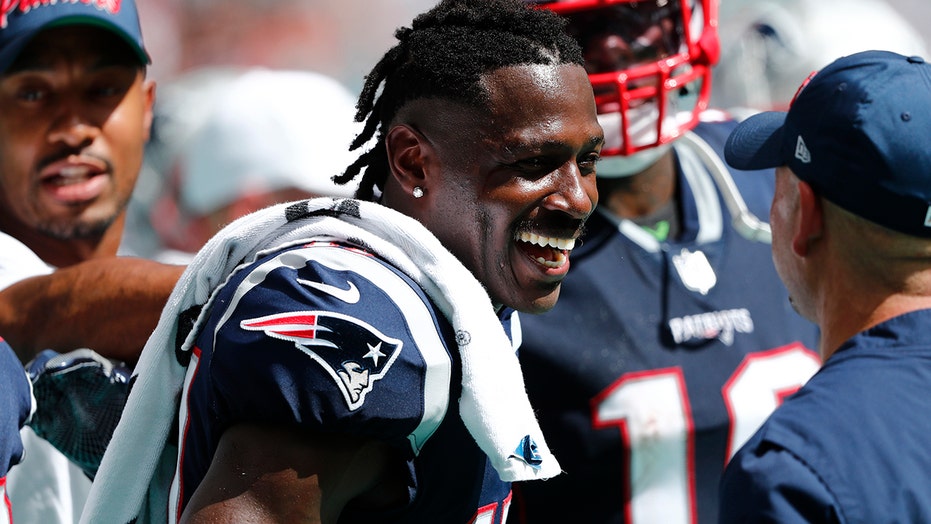 The driver who accused Antonio Brown of “battering” him outside of his Florida on Tuesday home reportedly told 911 dispatchers that the ex-NFL star was high and making threats toward him, according to a report.

TMZ Sports on Thursday obtained the 911 call placed by the driver of a moving truck outside Brown’s Hollywood home. The driver accused Brown of throwing rocks at the truck and assaulting him over payment. The driver said Brown was under the influence at the time of the altercation.

“The guy is high, he smoked, he threatened me. He's trying to fight, he throws stones at my truck,” the driver reportedly told dispatchers. “I'm trying to make delivery to the gentleman. I called him and told him he has to pay the balance for us to unload... The guy refused to pay in the proper form.”

Brown’s trainer, Glenn Holt, was arrested in the incident and charged with felony burglary with assault or battery.

An arrest warrant was reportedly issued later Wednesday, but Hollywood police told the South Florida Sun-Sentinel on Thursday that they were waiting to see whether or not Brown turns himself in.

He was also promoting his rap music.