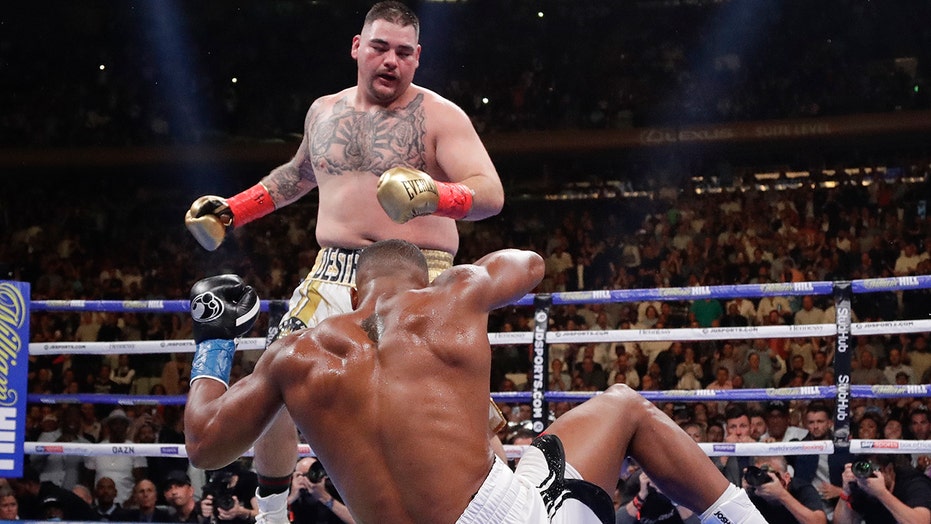 The 29-year-old native Californian shocked a sellout crowd at Madison Square Garden with his surprise victory, marking one of boxing’s biggest upsets behind Buster Douglas’ win over Mike Tyson for the heavyweight title in 1990.

The 270-pound heavyweight knocked down Joshua twice in the third round and did it two more times in the seventh before referee Mike Griffin ended the fight at 1:27 in the round. The 247-pound Joshua was unsteady and seemed to stumble toward the wrong corner after the final blow.

Joshua (22-1, 22 KOs) and Ruiz were both knocked down in an electrifying third round that had the crowd howling with each heavy hit. The 29-year-old Joshua never seemed to fully recover from the knockdowns.

The underdog went on to make boxing history and win the WBA/IBF/WBO/IBO championships.

"My life is going to change," Ruiz said. "I don't have to show them no more."