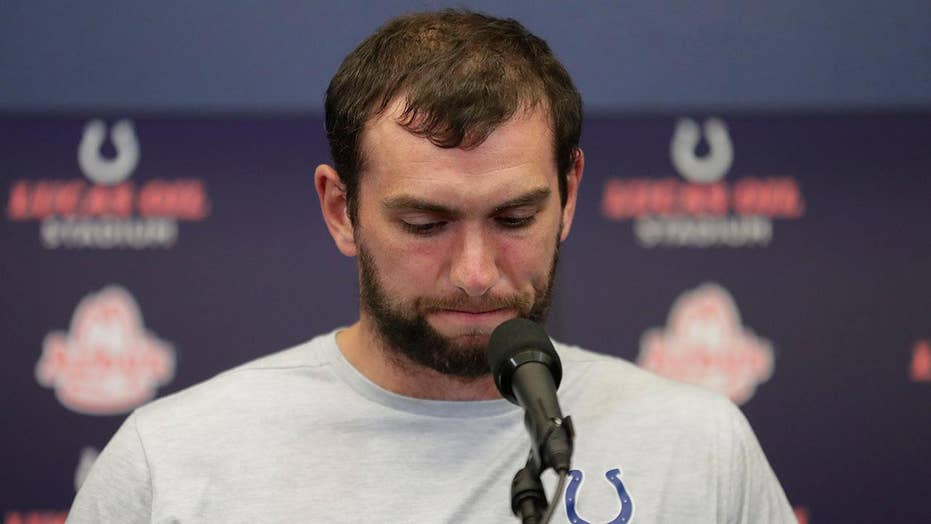 Andrew Luck’s decision to retire in the prime of his NFL career resonated with many current and former players in the league, but there was at least one NBA player who knew how the quarterback felt.

Boston Celtics star Gordon Hayward suffered a significant ankle injury in the first game of the 2017-18 season and his first game with the green and white. The Indiana native told NBC Sports Boston on Wednesday he knew what the former Indianapolis Colts star was going through.

“Pretty shocked like everybody [else],” he said of Luck’s announcement. “But at the same time, I definitely know where he’s coming from. I know how that whole situation feels.”

Hayward added: “He has to do what he thinks is best and what’s going to make him the happiest. As a Colts fan, I wish that he could have stayed. [Former New England Patriots quarterback] Jacoby [Brissett] is good too. I think it’s just…you expect especially around here, guys to play until they're 42 or whatever, Tom [Brady is]. That just doesn’t happen very often. [Luck] did a lot of great things for the city.”

Luck said at the press conference he couldn’t bear the pain anymore, and Hayward agreed rehab was tormenting.

“It sucks. You feel isolated,” he told NBC Sports Boston. “It feels like a job because you’re not getting to do the fun parts of it. And you always have those [thoughts], ‘What if I’m not the same player?’ You have to bottle that and just focus on the present … I understand exactly where [Luck is] coming from.”

Luck announced his retirement Saturday in an emotional press conference.

“I am going to retire," Luck said. "This is not an easy decision. It's the hardest decision of my life. But it is the right decision for me."

Luck also said his inability to get completely healthy had taken a toll.

“I'm in pain, I'm still in pain," he said. "It's been four years of this pain, rehab cycle. It's a myriad of issues — calf strain, posterior ankle impingement, high ankle sprain. Part of my journey going forward will be figuring out how to feel better.”