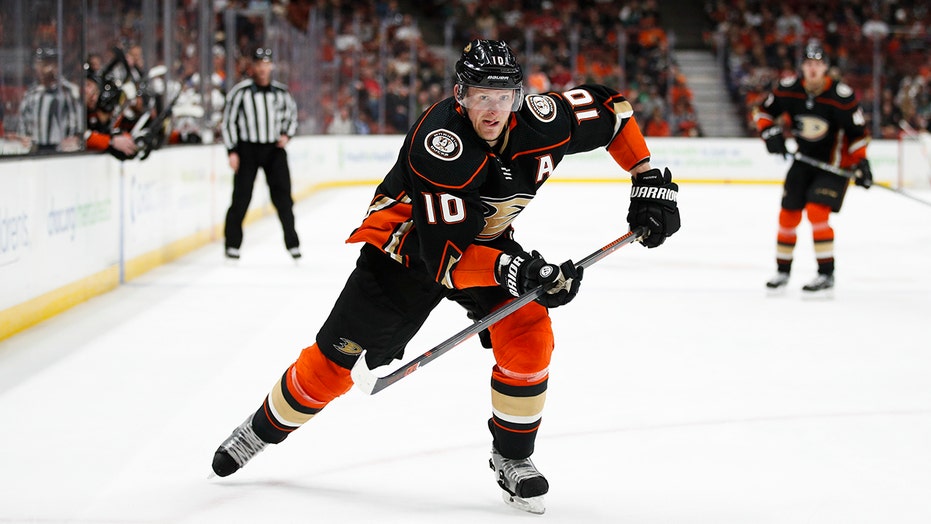 The Anaheim Ducks on Wednesday announced they bought out the contract of former NHL MVP Corey Perry.

Perry has been with the Ducks for 14 seasons and helped them win a Stanley Cup title in 2007. He also earned two All-Star selections during his time with Anaheim. Ducks general manager Bob Murray called the decision on Perry, “one of the most difficult decisions I've had to make in my 44 years in the NHL.”

Perry had two more seasons left on his contract, which would’ve given the Ducks an annual salary cap hit of $8.625 million.

“Corey gave everything to this franchise for 14 years, never giving an inch to his competitors,” Murray said. “While his scoring touch is undeniable, his will to win became his greatest attribute. We thank Corey for everything he's meant to the Ducks organization. No matter what he elects to do from here, Corey...will always be part of the Ducks family.”

Perry won the Hart Trophy, the NHL’s Most Valuable Player Award, in 2011. He is the franchise’s third-leading scorer with 776 points. He scored 372 goals over the course of his career with the Ducks – good enough for second in team history.

NHL STAR WANTS TO RETURN FOR 22ND SEASON: 'I GOT NOTHING ELSE GOING ON'

“For many years, Corey has epitomized what it means to be a Duck, playing an aggressive, relentless game while being a compassionate and giving member of the Orange County community,” team owners Henry and Susan Samueli said in a statement.