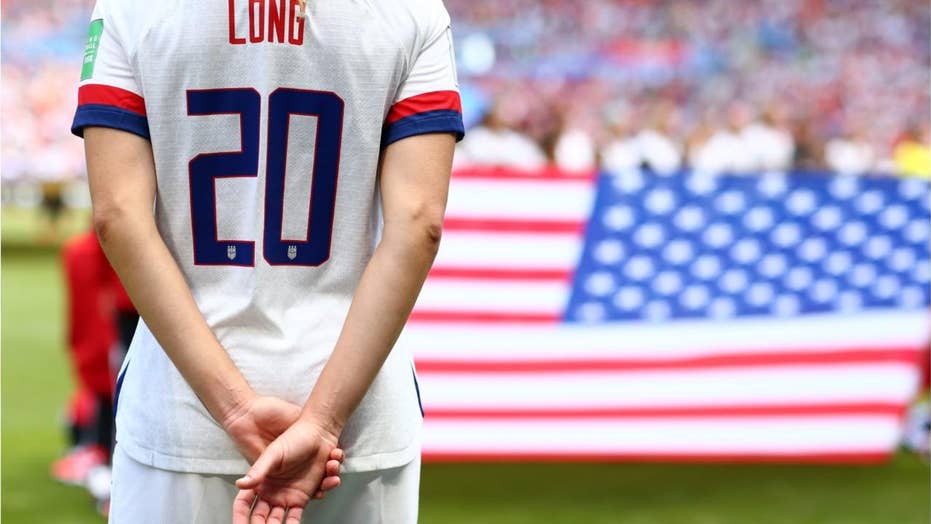 Long dropped the flag on the ground to do the choreographed celebration with Rapinoe, her teammate on the National Women’s Soccer League’s Reign FC, and Alex Morgan.

Soon after, Long was criticized on social media for the flag drop.

Kelley O’Hara, who was knocked out of the match with concussion-like symptoms, was praised, however, for running in and picking the flag up soon after it had been dropped.

The Americans defeated the Dutch, 2-0, thanks to goals from Rapinoe and Rose Lavelle.