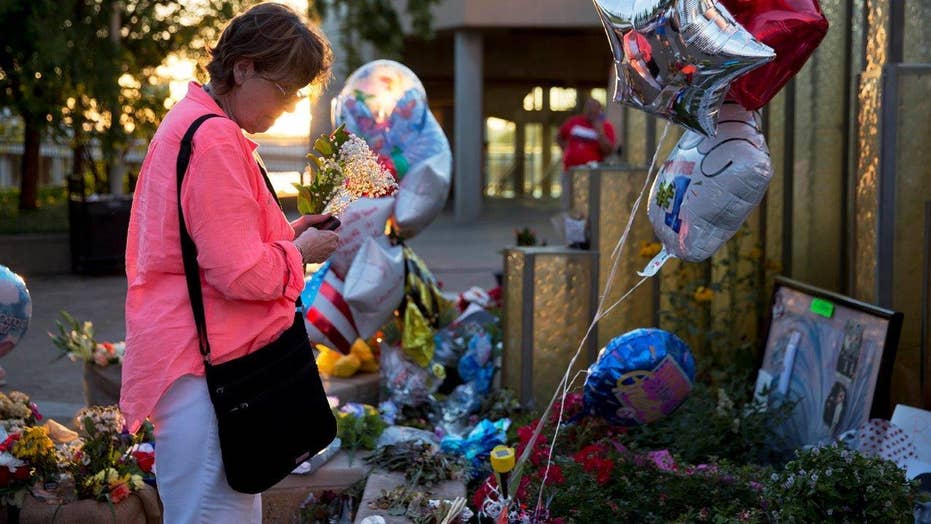 Muslim prayers over the body of Muhammad Ali will be witnessed worldwide Thursday, offering a window into a religion many outsiders know little about, but have come to scorn.

About 14,000 people are expected for the service Thursday in Louisville, Kentucky, which will be broadcast on TV and streamed live online. Organizers say the service, or Jenazah prayer, is open to all, but meant especially as a chance for Muslims to say goodbye to a man considered a hero of the faith. U.S. Muslims hope the service for the Kentucky native will help underscore that Islam, so much under attack in recent months, is fully part of American life,

"What's going to unfold is a very traditional Islamic Jenazah prayer, but it will not in any way preclude people of other faiths to stand in solidarity with the Muslims," said Timothy Gianotti, an Islamic scholar at the University of Waterloo, Canada, who has worked for years with the Ali family to plan the funeral. "That is exactly what Muhammad wanted."

Ali, who died Friday at 74, famously joined the Nation of Islam, the black separatist religious movement, as a young athlete, then embraced mainstream Islam years later, becoming a global representative of the faith and an inspiration to other Muslims. In addition to the traditional funeral prayers Thursday, an interfaith memorial service is planned for Friday, which will include representatives of several religions, including Jews and Christians. Muslim organizations are asking mosques around the country to participate by saying a special prayer for Ali this week.

The memorials are taking place after a burst of assaults on U.S. mosques and Muslims following the Islamic extremist attacks last year in Paris and San Bernardino, California, and anti-Muslim rhetoric in the presidential election. Organizers of Ali's memorials say the events are not meant to be political. Still, many Muslim leaders say they are glad for the chance to highlight positive aspects of the religion through the example of the boxing champ.

"One of the most loved, one of the most recognized persons in the world happens to be a Muslim — everyone is coming from all over to celebrate this Muslim's death," said Imam Abdullah El-Amin, founder of the Muslim Center in Detroit, who will attend the prayer service. "They will see the true nature of the religion and the way that Muslims — the majority of Muslims — live."

Muslims typically bury their dead within 24 hours, but the timeline is not a strict obligation, and accommodations are often made, either to follow local customs or, in the case of a public figure like Ali, provide time for dignitaries and others to travel to the service. The world-famous athlete died in Arizona, and time was needed to transport his body to Louisville, Gianotti said.

"Islam is about accommodating culture," said Imam Mohamed Magid, of the All Dulles Area Muslim Society, or ADAMS, one of the largest mosque communities in the greater Washington, D.C. area, who will attend the Louisville services. "The most important thing is that the prayer will be done correctly."

Gianotti said in a phone interview that he and three others — two Phoenix-area Muslims and Imam Zaid Shakir, a prominent U.S. Muslim scholar who will lead Thursday's prayers — washed, anointed and wrapped Ali's body within a day of his death. The body is typically wrapped in three pieces of simple fabric.

"The idea is to remind those who are still alive that when you came to life, you were completely money-less and you will leave money-less. What matters is if you live a simple life or do good," said Imam Yahya Hendi, the Muslim chaplain at Georgetown University and a specialist in Islamic studies.

As is customary, the prayers Thursday will be said over the body, which in this case will be in a coffin facing Mecca.

The Jenazah service lasts only a few minutes, with people customarily standing in lines, divided by gender, as they recite the prayers. At Ali's service, Muslims lining up to join the recitation will be separated by gender, but the wider audience will not, Gianotti said.

The service is comprised of four recitations of "Allahu Akbar" or "God is Great," with silent prayers in between of a reading from the first chapter of the Quran, a blessing for Abraham, a general prayer for the well-being and forgiveness of the deceased for the next life, and a prayer for everyone at the funeral, Hendi said.

Shakir will lead the service at Freedom Hall, which he said in a phone interview will include a recitation from the Quran, a talk by an American Muslim scholar and some other remarks.

Ali is far from the first major Muslim leaders to be publicly mourned in the United States.

When Malcolm X was assassinated in 1965, at least 14,000 people filed through the public viewing of the body, according to estimates at the time, while several thousand more lined the streets for his Islamic funeral, which was broadcast on TV. Organizers distributed a booklet at the service explaining the Muslim ritual, according to a report by The Boston Globe.

His widow, Betty Shabbazz, died in 1997 and was mourned in a funeral at a New York mosque and a memorial service at Riverside Church that drew dignitaries, including a representative from the White House, among the thousands of mourners. A much smaller funeral was held in 2008 in suburban Chicago for Imam W.D. Mohammed, considered one of the most important Muslim leaders in North America for bringing thousands of blacks out of the Nation of Islam into mainstream Islam.

Still, none had the global stature of Ali, nor access to the technology that will bring his Jenazah service to a worldwide audience.

"I think just the significance of Muhammad Ali, of what he represented, the sacrifices he made, the stands that he took, the grace with which he accepted his illness — all of these things and many, many more — magnified his stature to such an extent that the community loves him," said Shakir, who has worked with the Ali family for years. Ali planned the services to reflect his desire that "people come together and have an opportunity to appreciate the love and the peace and the unity that can be generated by a single great soul."