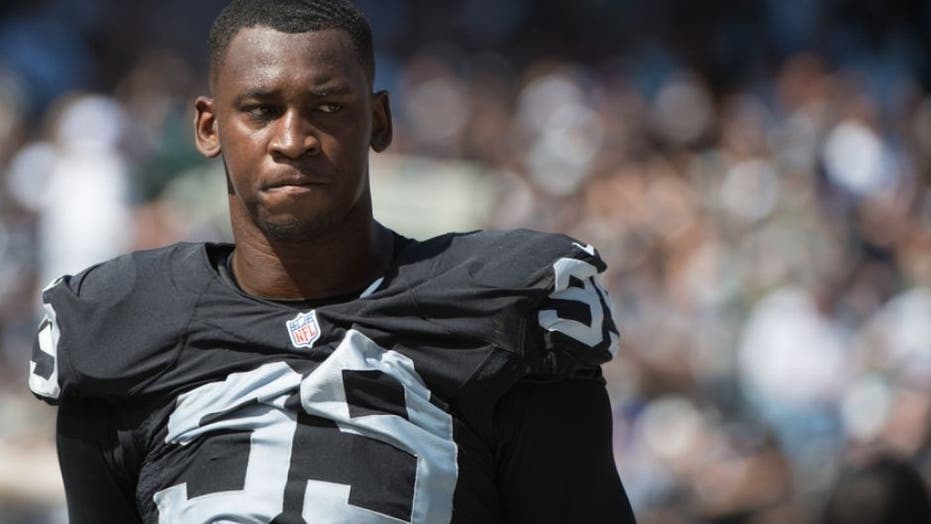 Aldon Smith, a former All-Pro linebacker who played for the San Francisco 49ers and Oakland Raiders, was arrested in Kansas on Monday on suspicion of drunk driving, police said.

Smith was in Mission when he was stopped for a traffic violation and was later arrested on a suspicion of DUI charge, the Kansas City Star reported. He was given multiple citations and released to a friend, police said. The specifics around the citations weren’t immediately clear.

Smith has had multiple run-ins with police over the course of his NFL career.

The 49ers released him in August 2015 after a run-in with police for the fifth time and he was suspended for one year during the 2015 season after he was signed by the Raiders. He was never granted reinstatement after applying in 2016.

FORMER BENGAL CHARGED WITH ASSAULT FOR ATTACKING WIFE AND SISTER WITH GOLF CLUB IN FRONT OF SON: POLICE

He was sentenced to 90 days in jail and three years probation.

Smith played five seasons in the NFL after the 49ers selected him in the first round of the 2011 NFL Draft out of Missouri. He recorded 47.5 sacks and 180 total sacks.