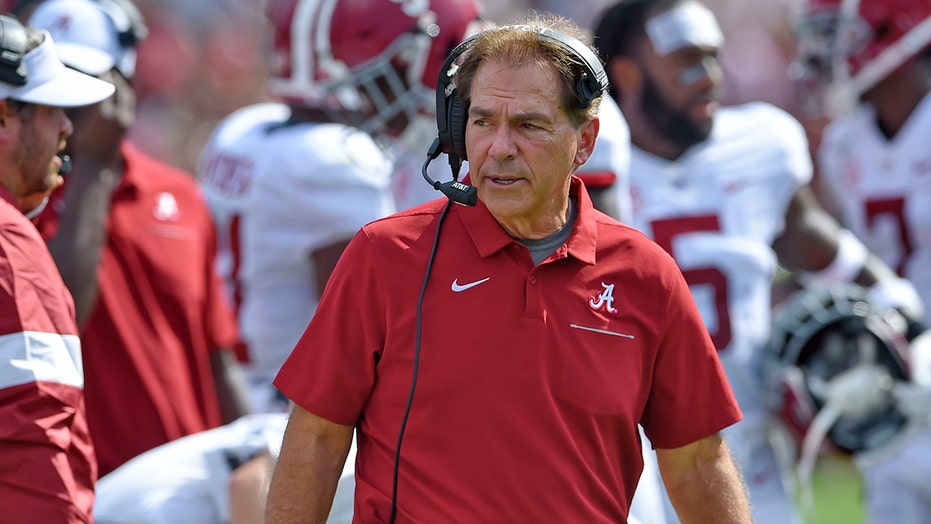 Alabama football coach Nick Saban said he was happy for college football and student-athletes after the Big Ten Conference reversed course and announced it will have a fall sports season after all.

He told ESPN on Friday that it will be interesting to see how the postseason in the sport plays out.

COLLEGE FOOTBALL WEEK 3 PREVIEW: TOP 25 TEAMS LOAD UP THE SCHEDULE WITH LOUISVILLE-MIAMI AS THE MARQUEE MATCHUP

“That's going to be the hardest thing this year, some teams playing more games than others,” he said. “Even in our league, if we have somebody that has an issue and can't play a game, how do you determine when you don't have equality across the board who goes to the SEC championship game?

“It's going to be even more difficult when you take the whole country and the playoff, and everybody's not on the same level playing field in terms of number of games. But I think we all have to live with the fact that it's better that everybody is playing, or at least that more than just two or three conferences are playing, and that it may just have to be more subjective this year.”

Saban made his initial remarks on the conference’s decision Wednesday during his press conference, according to 24/7 Sports.

Alabama is set to play Missouri.