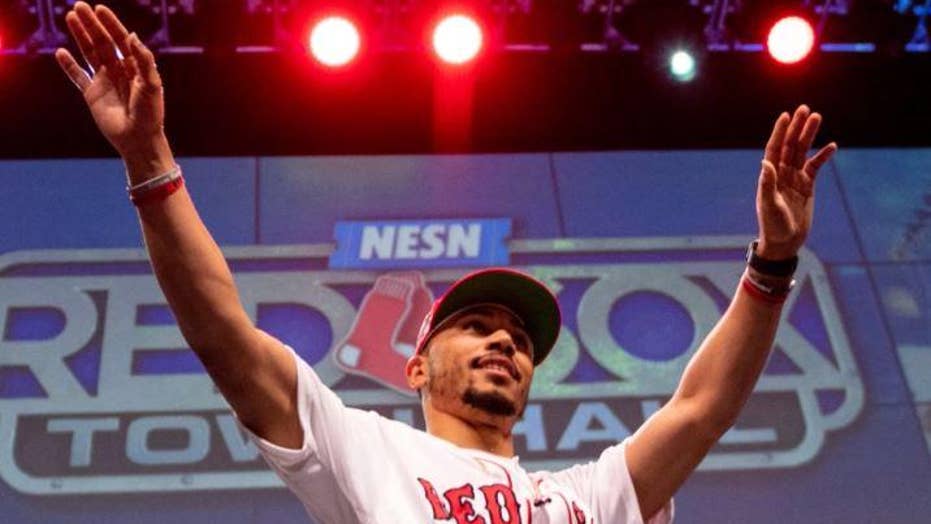 It's a phrase not typically associated with American League MVP Mookie Betts: He's out.

But the right fielder, who starred for the 2018 World Series champion Boston Red Sox, on Saturday told reporters he won't be among the contingent visiting the White House in May when the team is honored.

Betts, speaking to the press after formally accepting the MVP award at the Baseball Writers’ Association of America dinner, told the Boston Globe he decided not to make the trip to Washington, D.C. -- though he didn't elaborate about why he's staying home.

The team was originally set to descend on D.C. in February. But the partial government shutdown -- which, at least temporarily, ended last week -- led to the visit being rescheduled for May 9. That date marks an off-day for the Red Sox, who are set to play the Orioles in Baltimore on the 8th and return to Boston on the 10th to play the Seattle Mariners.

Betts will join at least one other teammate, third baseman Rafael Devers, on the sidelines. Devers said last week he wouldn’t be attending the ceremony, saying he'd rather focus on spring training.