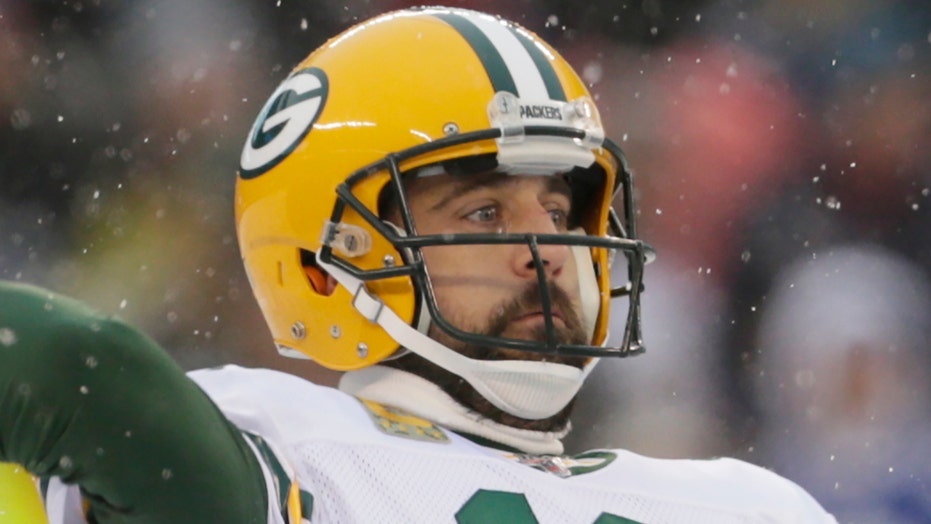 Green Bay Packers star Aaron Rodgers acknowledged Wednesday he can see retirement in the distance as he talked about the team’s chance of getting to the playoffs and potentially winning the Super Bowl.

Rodgers, who recently turned 36, compared his career to a round of golf and lamented he can see the final hole coming up, according to WBAY-TV.

“[I'm] seeing the 18th hole coming up, realizing I can't play forever,” Rodgers said. “The opportunities don't come along all the time. I could feel the energy of this team early in April and May. It was different feel and that's what spurned [spurred] me in the summer to kind of forego some of the traveling I would maybe usually do and make sure I was dialed in once training camp came around because I felt like we could do something special this year.”

Rodgers has 3,065 passing yards and 22 touchdown passes this season.

The Packers are 9-3 this season and are in first place of the NFC North division. The team has missed the playoffs the last two seasons and have been hindered by injuries and dysfunction with the coaching staff.

A win Sunday against the Washington Redskins would give coach Matt LaFleur the franchise record for wins by a first-year coach. Mike Holmgren and Mike Sherman both had nine when they debuted.