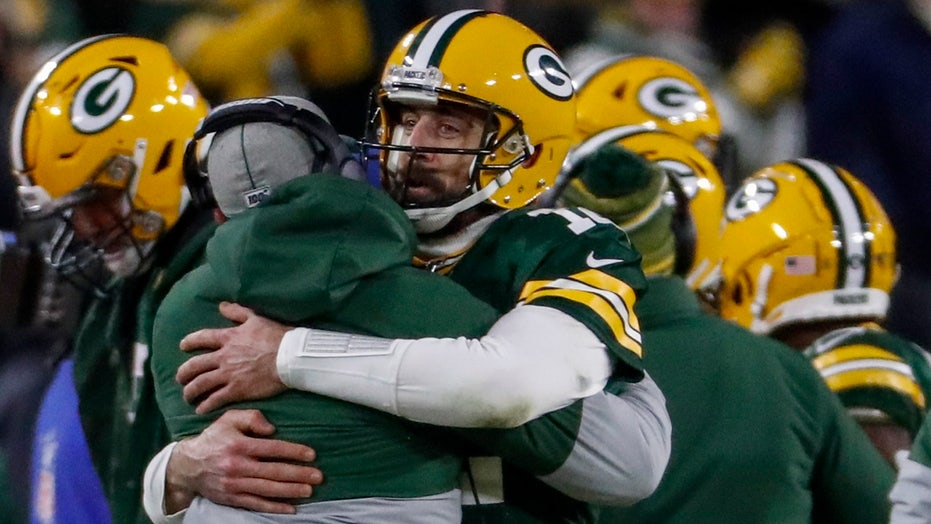 Ahead of Sunday’s season opener against the Minnesota Vikings, the Green Bay Packers quarterback spoke Wednesday about his relationship with his second-year head coach, noting their bond has progressed to “hashtag” goals.

“The Zoom meetings this offseason, I think, really helped our relationship to progress to where we’re hashtag #FriendGoals,” Rodgers joked, according to the Associated Press.

“We just spent so many hours just talking. I think it was great for us all to really kind of feel into that, get some strength in the grounding of our friendship and our working relationship. I think it’s really changed the way we’ve kind of installed plays and are communicating things.”

Since replacing Mike McCarthy — long speculated to be a thorn in Rodgers’ side — LaFleur’s relationship with the 36-year-old quarterback has been under a microscope. Although Rodgers and his new coach did endure some growing pains in LaFleur’s freshman year, the Packers finished the 2019 season with a 13-3 record and a trip to the NFC Championship Game.

Rodgers — seemingly breaking free of his friendship play-by-play policy — is ready to build upon the groundwork LaFleur laid last year.

“I think Matt’s definitely more comfortable in his second year. That’s natural. Any leadership position you’re always going to learn and probably be most critical of yourself between years one and two. I think he’s very comfortable and explaining things really, really well. He’s been super creative this offseason, this training camp,” Rodgers said of LaFleur, who was previously the Titans offensive coordinator.

While the Packers’ offseason has also included the new addition of rookie quarterback Jordan Love, LaFleur, 40, has made it clear that Rodgers is an integral piece to their team.

“He’s been such a positive influence on everybody on this football team,” LaFleur previously said. “I can’t speak enough on how important he is obviously to this football team and just the energy he brings, everybody feeds off of. He’s been excellent, and it’s been a lot of fun to be around.”