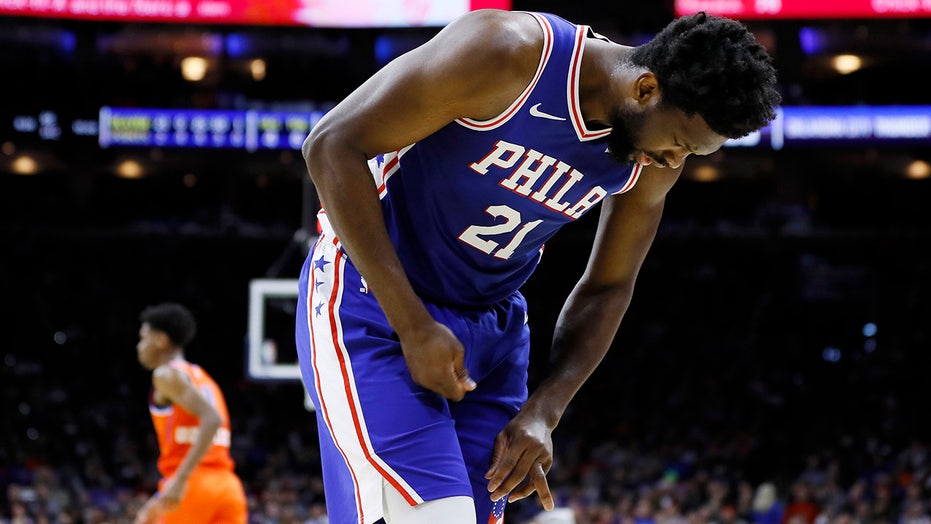 Embiid suffered a torn ligament in a finger on his left hand and is set to have surgery Friday. He will be re-evaluated in two weeks. He injured the radial collateral ligament in the ring finger in the first half of a game against the Oklahoma City Thunder.

The injury made even his teammates queasy.

ZION WILLIAMSON REVEALS HE WANTED TO RETURN TO DUKE, WAS CONVINCED TO TURN PRO

Video showed Embiid’s finger dangling out of place as he walked off the court. He finished the rest of the game against the Thunder with his finger taped and “couldn’t go up with two hands.”

“There were a couple of times I could have grabbed with both hands but I just couldn't. I just kept tapping it,” Embiid said Monday.

The injury is the latest blow to Embiid’s career, one that has already been riddled with injuries.

He has been with the 76ers for six seasons. He missed the first two seasons with a foot injury and has yet to play more than 65 games in a single season.

Philadelphia signed Embiid to a five-year, $148 million contract extension that began at the start of the 2018-19 season. He was averaging 23.4 points and 12.3 rebounds per game before the injury.

Joel Embiid looks at his injured finger during an NBA basketball game against the Oklahoma City Thunder in Philadelphia. Embiid injured the radial collateral ligament in the ring finger in the first half Monday night against Oklahoma City. (AP Photo/Matt Slocum)

The 76ers were fifth in the Eastern Conference heading into Thursday. They had a 24-14 record.