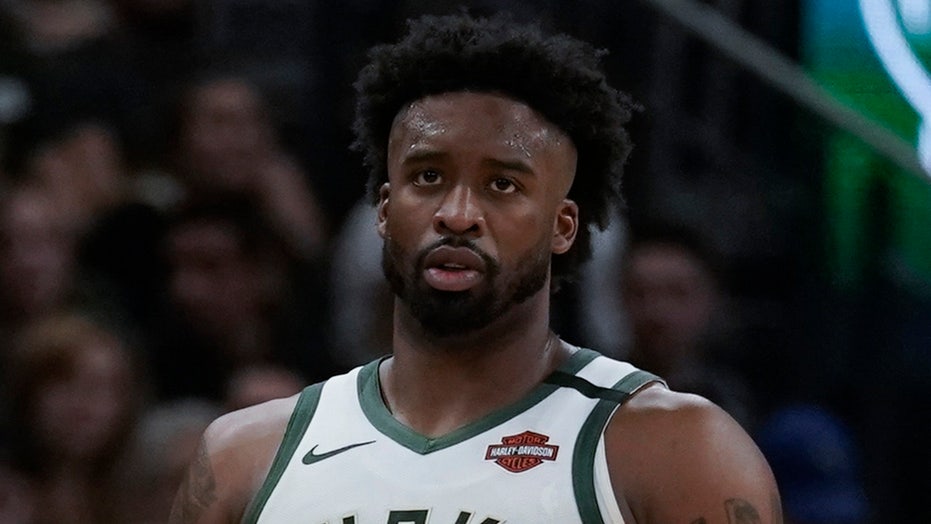 Milwaukee Bucks guard Wesley Matthews had a shoe mishap Wednesday night during a game against the Golden State Warriors.

In the third quarter, Matthews was trying to find the man he was guarding when he appeared to slip. Upon further review, Matthews’ foot went right through his shoe.

Matthews was down for a brief moment before gingerly getting up and walking down the floor. Matthews then went to the bench and received new shoes. He was holding the damaged shoe in his hand which allowed fans to see what exactly had happened.

According to UPROXX, Matthews was wearing a pair of Nike Zoom Freak 1s — the signature shoe of his teammate Giannis Antetokounmpo. Luckily, Matthews is bound to get another pair on the house from his superstar teammate and perennial MVP candidate.

HEAT'S JIMMY BUTLER, PACERS' TJ WARREN GET INTO VERBAL ALTERCATION ON THE COURT

The incident with Matthews is eerily similar to what happened with Zion Williamson last year when he was at Duke. Williamson’s foot went right through his own Nike shoe. Williamson hurt his knee on the play and was out quite some time.

Matthews is in his first season with the Bucks. He is averaging 7.6 points, 2.4 rebounds and 1.4 assists per game.

Milwaukee is 33-6 this season and they are first in the Eastern Conference.