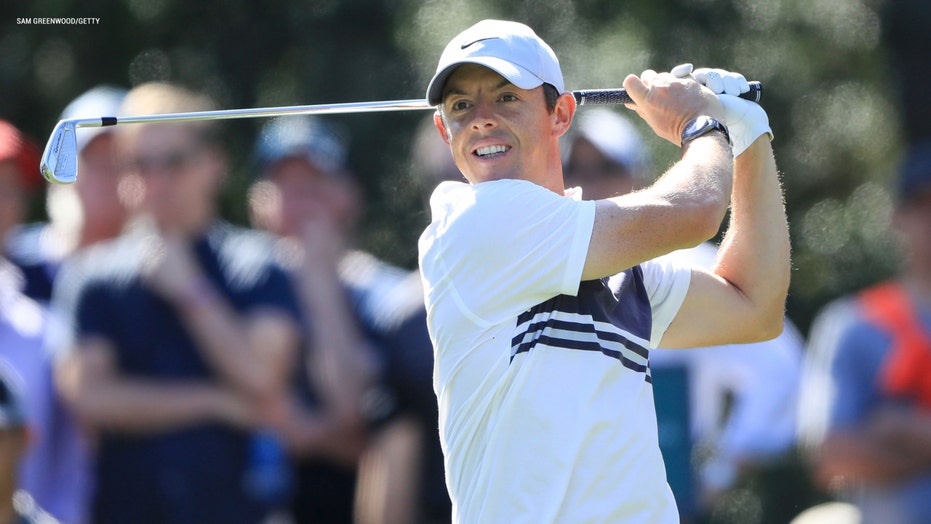 Brooks Koepka and Webb Simpson were among five players who withdrew from the Travelers Championship, four of them out of a chain-reaction abundance of caution over the coronavirus that put the PGA Tour on notice.

“The snowball is getting a little bit bigger,” Graeme McDowell told The Associated Press after withdrawing Wednesday because his longtime caddie, Ken Comboy, tested positive for the virus.

The tour released results that showed three positive tests at the TPC River Highlands in Connecticut — Cameron Champ and the caddies for Koepka and McDowell. There were no positive tests on the Korn Ferry Tour event in Utah.

As it enters the third week in its return from the COVID-19 pandemic that shut down golf for three months, the tour has administered 2,757 tests at PGA Tour and Korn Ferry Tour events in five states, with seven positive results.

On the PGA Tour alone, there have been 1,382 tests and four positive results.

“It's a low number on a percentage basis, but every number hurts,” PGA Tour Commissioner Jay Monahan said. “I think we all need to remind ourselves that we're all learning to live with this virus.

"It's pretty clear that this virus isn't going anywhere.”

Nick Watney was the first player to test positive last week at the RBC Heritage in Hilton Head Island, South Carolina, which was teeming with people on summer vacation.

Champ tested positive on Tuesday at the Travelers and immediately withdrew.

Koepka said his caddie, Ricky Elliott, tested positive and then took another test that came back negative. No matter. He chose to withdraw, and was especially gutted that his younger brother, Chase Koepka, withdrew after earning a rare chance to play through a Monday qualifier.

When his brother made it, Koepka arranged a house for him to stay in starting Tuesday, so he had his brother stay with him in the meantime. Then, the brothers played a practice round with McDowell and British Open champion Shane Lowry.

Both Koepkas said they felt they should withdraw because they were in close contact with someone who tested positive.

“I feel terrible for Chase,” Koepka said. “This course is made for him, he's playing as good as I've ever seen him. And I put him in that situation. It's one thing if I withdraw. He doesn't get this opportunity very often.”

Simpson, who won the RBC Heritage last week with a record score that moved him to No. 5 in the world, withdrew when he learned a family member had tested positive.

Monahan said the tour would continue, and that there was no set number of positive tests that would lead to golf shutting down again.

“We feel like we're on a path that's going to allow us to continue to sustain our return to golf,” Monahan said. “But rest assured, there won't be many sleepless nights. When you're working in a world of uncertainty, these are the things you worry about.”

Monahan sent a memo to players that outlined increased measures in its health and safety protocols. Those include testing players before and after they take charter flights. Swing coaches now face mandatory testing each week and will be considered part of the bubble, and the fitness trailer will be at tournaments to keep players from going to gyms.

He also said the tour will no longer pay for players or caddies to be in self-isolation for positive tests if they have not followed the health and safety plan.

“All of us have an extraordinary responsibility to follow these protocols,” Monahan said, adding he has been guilty at times as he adjusts to a new way of living. “For any individual that does not, there will be serious repercussions.”

He did not say what the punishment would be. The tour does not publicize disciplinary actions or fines.

McDowell says his caddie flew on a commercial flight that was packed from Dallas to Orlando, Florida, after he missed the cut at Colonial. That Monday, they went to a memorial service — along with Elliott, who grew up with McDowell in Northern Ireland, and McDowell's trainer — and then they all drove six hours to Hilton Head.

“The problem is, people are out here passing tests when they could still have the virus,” McDowell said. “That’s what we’re learning. Ricky passed a test on Monday and he just failed it this morning.”

The PGA Tour's return to tournaments started with a perfect record — 487 tests for players arriving at Colonial in Fort Worth, Texas; 98 players on the charter flight to South Carolina; 369 tests at Hilton Head Island. All came back negative.

But there now has been four positive tests in the last six days, and Monahan said no one should be surprised if there are more next week in Detroit, or the following two weeks in Ohio.

“I think this is the reality of what we're all living under,” he said. “We are doing everything we can to make that not be the case. But I don’t think anybody should be surprised. I’m certainly hopeful we won’t. But to be able to say that we’re going to not have any cases ... would be disingenuous because we're all learning as we're going.”

McDowell said he would take two weeks off and hoped to return in July for the first of two weeks in Ohio. So much depends on the virus and whether it reaches a level that it's not prudent for golf to continue.

“Do we shut down, start up in a month's time, two months' time? You come back and what's changed?” McDowell said. “I think the tour is doing a pretty good job. It's just so difficult to control everybody outside the gates.

“We have to get through to the other side of this.”