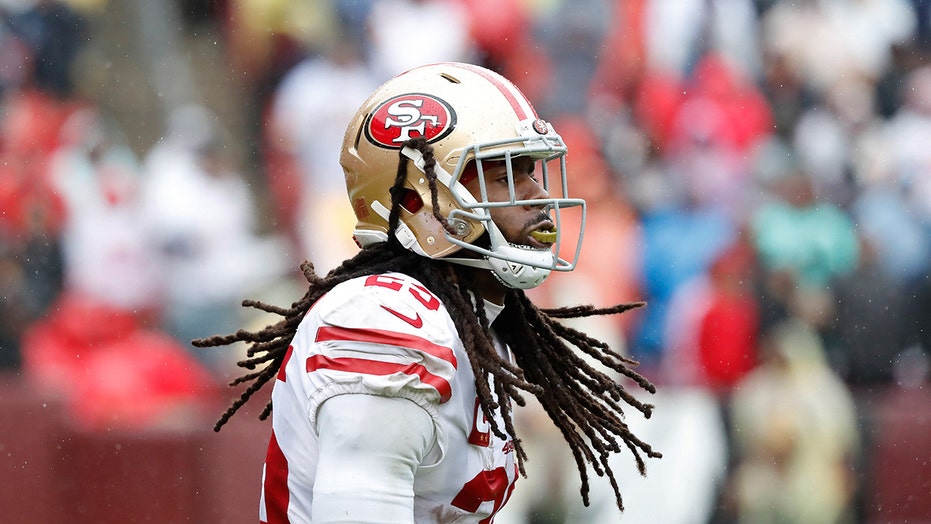 San Francisco 49ers cornerback Richard Sherman was unhappy with pass interference calls against him in Sunday’s win over the Arizona Cardinals and floated a theory as to why he was getting flagged.

Sherman, who has committed four pass interference and two defensive holding penalties this season, said after the game he believed that the referees are targeting him. Referees at one point overturned a no-call and penalized Sherman for pass interference on Cardinals wide receiver Christian Kirk in the first quarter.

Sherman expressed his displeasure with officiating after the game, according to Pro Football Talk.

“I had three penalties on the season coming into this game, and to get three in a half is really interesting,” he said. “Especially with the way that the reversals have gone. I think there’s been probably over 100 PI challenges this year, and there’s been five, I think, reversals, and I’m two of them. I think being an [NFL Players Association Executive Committee] member and part of that committee has its perks, and then it has its conversations where you’re the only one who gets overturned.”

The three-time All-Pro selection added: “I’ve been here long enough and played long enough to understand they call the game like that sometimes. I know the way the system works with referees and how they get in the playoffs, and how they have point systems whether they got it right or got it wrong, so the league will make that decision and tell them if they’re right or wrong.”

Sherman may have been just venting after a tough game. San Francisco narrowly defeated Arizona 36-26.

This season, Sherman has three interceptions and 38 total tackles.