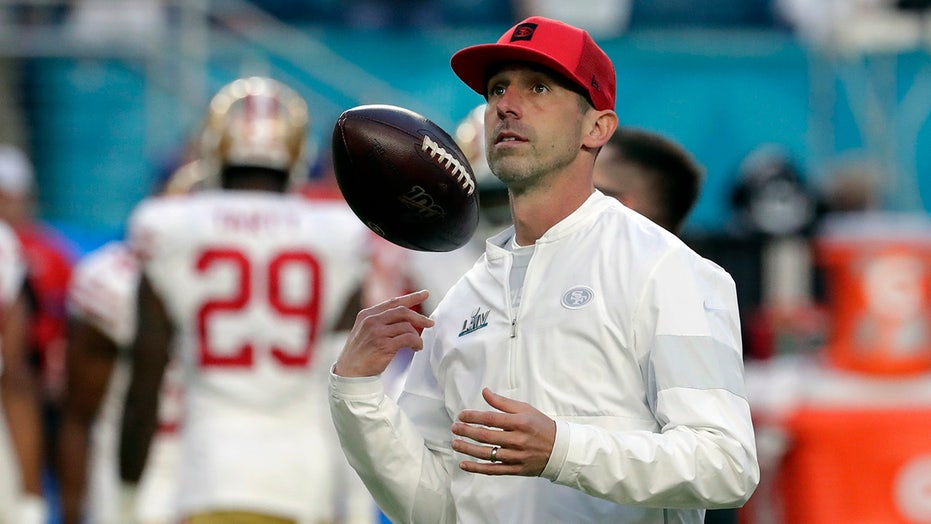 San Francisco 49ers coach Kyle Shanahan has been a part of two Super Bowls in which his team had a significant lead at one point and let the opposing team come back.

Shanahan was the Atlanta Falcons’ offensive coordinator when the team blew a 28-3 lead to the New England Patriots in Super Bowl LI and was at the helm when the 49ers allowed 21 straight points in the fourth quarter to the Kansas City Chiefs in Super Bowl LIV.

BROWNS' RASHARD HIGGINS EXCITED FOR FRESH START: 'IT'S TIME FOR THE SUNSHINE'

Shanahan said on “The TK Show” on Thursday that he couldn’t compare the losses. He said the loss to the Chiefs in February hurt a bit more.

“[The Falcons] went on an 85-yard drive on offense in the third quarter to go up 28-3 with five minutes to go in [the quarter],” Shanahan said. “From that point on, New England had [351] yards of offense and [eight incompletions]. So, like, whatever. And we didn't convert our [three] third downs. Who gets [351] yards of offense in a quarter? They just went off, and it is what it is.”

With 6:17 left, Patrick Mahomes and the Chiefs went on a comeback to win the game. Kansas City got a few stops on defense, including the 49ers turning the ball over on downs with 2:44 left and Jimmy Garoppolo throwing an interception with 1:12 left.

San Francisco is still looking for its first Super Bowl title since the 1994 season.