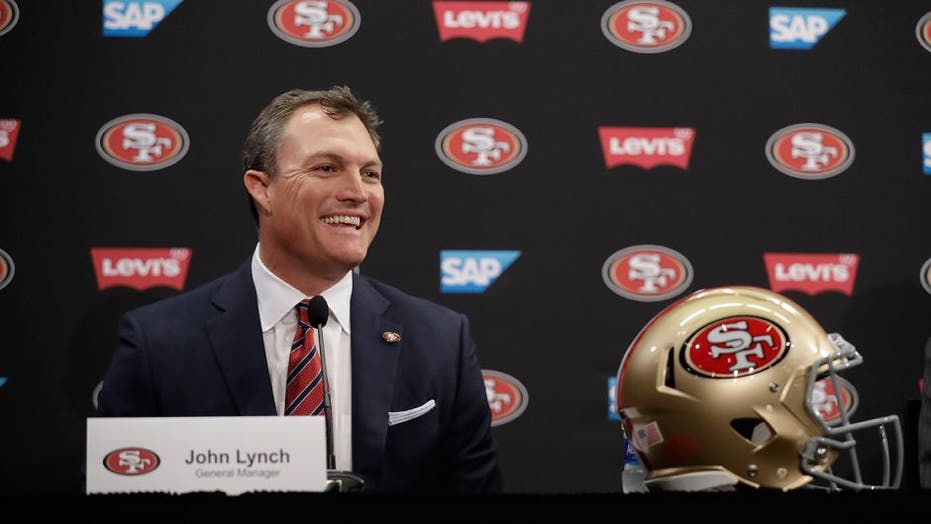 NFL general managers will have to navigate the murky waters of conducting the entire draft online beginning Thursday, but there’s at least one official who appears to be ready.

NFL MOCK DRAFT 2020: JORDAN LOVE RISES UP THE BOARD WHILE ANOTHER TOP PROSPECT FALLS

“My at-home war room is almost like I’m at the @SAPSports Performance Facility. Thanks to our IT and video teams + our scouts and coaches we’re ready for the #NFLDraft this week,” Lynch tweeted.

The 49ers have seven picks during the three-day event, including two first-round picks. San Francisco will select 13th and 31st on Thursday.

The team acquired the No. 13 overall pick from the Indianapolis Colts in a trade that sent DeForest Buckner to the AFC North team.

Last year, San Francisco used their first-round selection on defensive end Nick Bosa. He was named the 2019 Defensive Rookie of the Year and a Pro Bowler after he racked up nine sacks, 47 total tackles and an interception in 16 games.

San Francisco will look to add to a team that made it all the way to the Super Bowl last season.