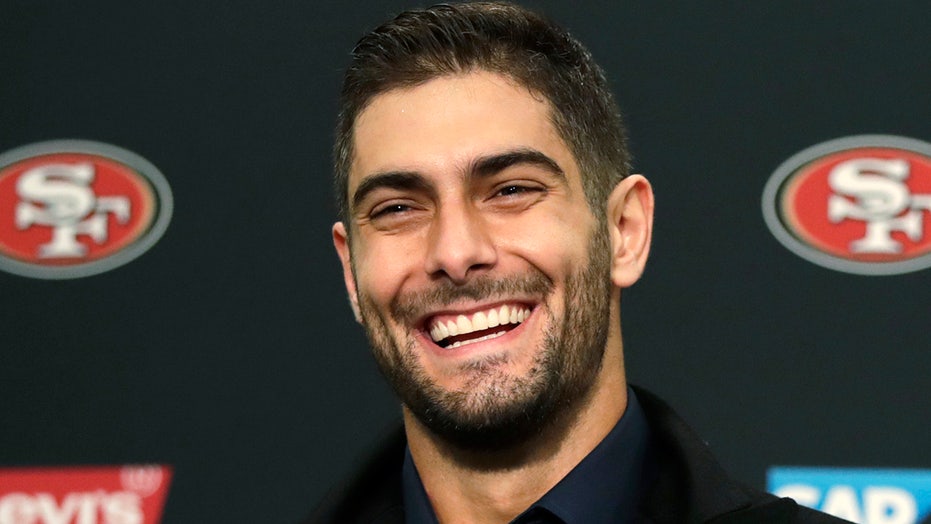 San Francisco 49ers quarterback Jimmy Garoppolo is feeling a bit lighter in the wallet ahead of his first career playoff start against the Minnesota Vikings.

Garoppolo was fined $7,017 for throwing a football into the stands following the 49ers’ win over the Seattle Seahawks in Week 17 to claim the NFC West division and home-field advantage throughout the playoffs, NBC Sports Bay Area reported Monday.

He received the fine because the league apparently views throwing a football into the stands as a safety issue. Matthew Pinelli, who caught the ball at CenturyLink Field in Seattle, posted a picture of it on Instagram.

Garoppolo said Sunday that he thought he would have just tossed the ball back to the referee after taking the final kneel down in the game but there was nobody around him.

“I looked for the ref initially, but no one was around me,” he said, according to NBC Sports Bay Area. “So I was like ... I’m just going to throw this thing.”

Pinelli joined The 49ers Insider Podcast said he had no idea the ball Garoppolo threw was coming at him.

“I was actually on my phone and I didn’t even know what was happening,” Pinelli, 19, said during the podcast interview. “I was texting my friends, saying how awesome the game was. And a bunch of Seahawks fans had their backs to field, walking up. I looked up from my phone to see the ball just coming towards me, like a row over. So once I saw it, I got into the aisle, and I had to push a Seahawks fan over and I jumped on the ball.”

Pinelli said he tucked the ball under his shirt for safe-keeping. It was apparently the final ball used of the NFL’s 100th regular season.

Garoppolo said he would “definitely” sign the ball for Pinelli.