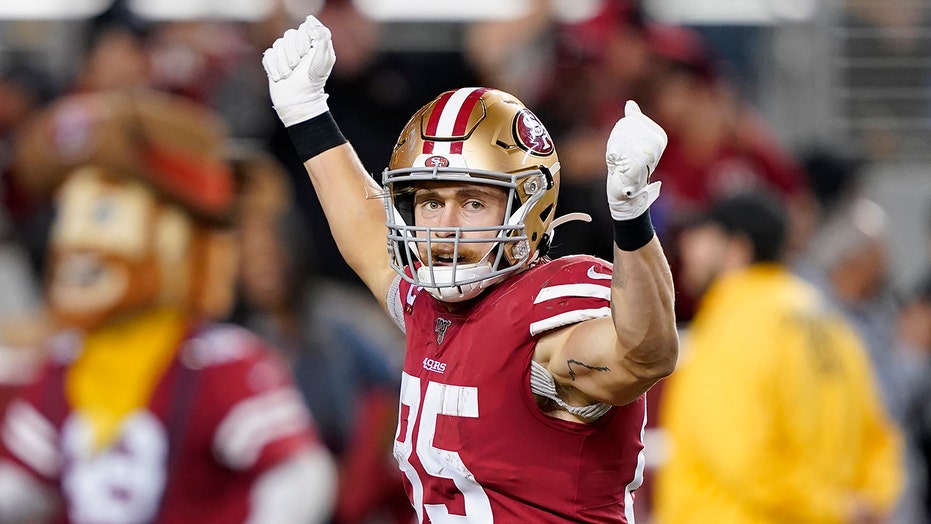 San Francisco 49ers tight end George Kittle is one of the best players in the NFL at his position but his toughness appears to be off the charts.

Kittle, who missed at least one game this season with an injury, played Week 9 against the Arizona Cardinals with a broken bone in his ankle, ESPN reported Sunday. In that game, he caught six passes for 79 yards and scored a touchdown as the 49ers pulled off the close victory.

The injury kept him off the field for the last two games. But he was able to give it a go against the Green Bay Packers on Sunday and he proved that the ankle injury was no longer affecting him.

Kittle caught six passes for 129 yards and scored a touchdown in San Francisco’s 37-8 victory. Kittle’s score came on a 61-yard pass from Jimmy Garoppolo late in the third.

San Francisco had scored 23 straight points before Aaron Rodgers threw a touchdown pass to Davante Adams in the third quarter.

According to ESPN, Kittle’s ankle wasn’t fully recovered but he was tired of missing games. Coach Kyle Shanahan said after the game Kittle was playing with a bone chip in his ankle.

“You’re able to go with it, but it’s extremely painful,” Shanahan said, according to NBC Sports Bay Area. “So, that was a choice he made in that game. We’ll make it for him if it’s not stable, but it’s stable, so he can go as long as he can if he can tolerate the pain.

“But the stuff he had in his knee, it was a popped capsule. That took a couple more weeks to heal up. Once that was healed, it was pain tolerance with the ankle.”

He is an important piece for San Francisco going into their next two games against the New Orleans Saints and Baltimore Ravens.