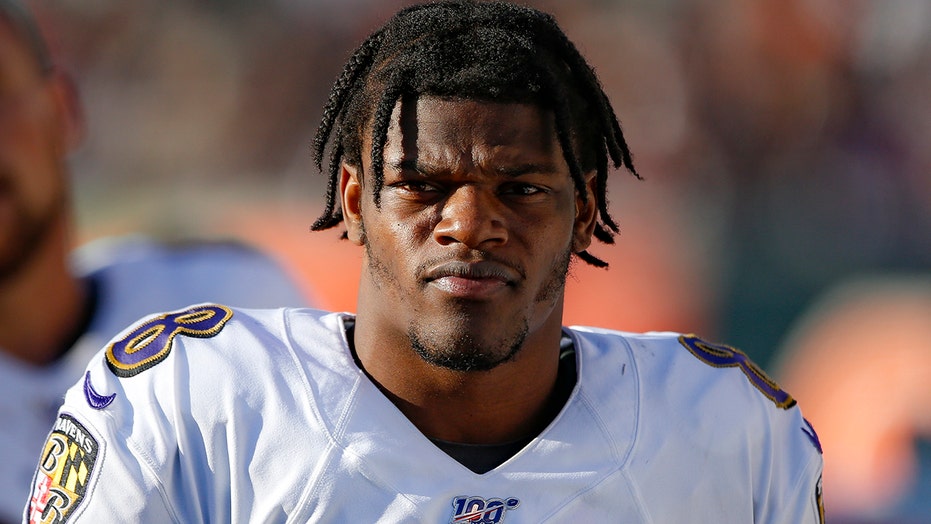 The San Francisco 49ers suspended radio host Tim Ryan for saying on a Bay Area sports talk show that Baltimore Ravens quarterback Lamar Jackson is great at faking handoffs because of his “dark skin with a dark football.”

Ryan made the remark during the first few minutes of his weekly segment with KNBR’s “Murph and Mac” morning radio show. The hosts asked Ryan about Jackson’s outstanding performance leading the Ravens to victory over the 49ers on Sunday.

Jackson put up over 100 rushing yards, leading his team to a 20-17 win over the 49ers in a game between two of the league’s top teams. He’s a frontrunner for the NFL’s Most Valuable Player award.

“He’s really good at that fake, Lamar Jackson, but when you consider his dark skin with a dark football with a dark uniform, you could not see that thing,” Ryan said on air, according to The San Francisco Chronicle. “I mean you literally could not see when he was in and out of the mesh point, and if you’re a half step slow on him in terms of your vision, forget about it, he’s out of the gate.”

San Francisco 49ers officials said in a statement to The Chronicle Wednesday that they suspended Ryan for the upcoming game because they are “disappointed” in his comments.

“I regret my choice of words in trying to describe the conditions of the game," Ryan said in a statement. "Lamar Jackson is an MVP-caliber player and I respect him greatly. I want to sincerely apologize to him and anyone else I offended."

Ryan is a former linebacker who played for the Chicago Bears from 1990 to 1993. He worked as a Fox TV analyst covering NFL games for 12 seasons until he joined the 49ers as a radio color commentator in 2014.

During Monday’s segment, Ryan spent most of the 22-minute show breaking down Sunday’s game and complimenting both the Ravens and Jackson’s play.

The 49ers said they have also reached out to Ravens officials to “extend our apologies and assure them the matter is not being taken lightly.”