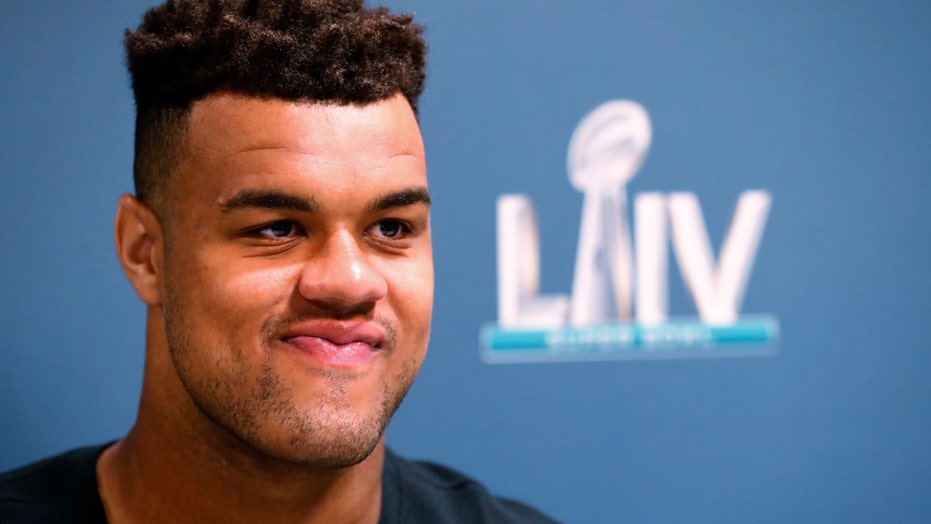 Arik Armstead sat down at the podium and had a message before he would answer any questions about playing defensive end for the San Francisco 49ers.

Armstead gave a brief speech about hate crimes, challenging people to take steps to reduce prejudice against various minority groups. A week later, Armstead highlighted the issue of education inequality and how schools with a higher percentage of Black and Latino students get less funding per capita than schools with predominantly white students.

Armstead is using his weekly media sessions to get across messages he wants to deliver, saying he will highlight one social justice issue that he has been studying each time before taking questions from the media.

“I was trying to find ways to push the needle, educate people with my platform,” he said. “I feel like that’s my responsibility and my duty as a citizen is to continue to be a better part of society, add value to society and the people around me. Playing in the NFL gives me a platform where people look up to me and care about what I say. So I decided to use that voice for good and positive things and continue to push that needle and try to educate people with my voice.”

Armstead is far from alone when it comes to using their platform to promote social justice.

Tennessee safety Kenny Vaccaro told media members that he won’t answer questions about football during his news conferences this season, saying his focus will be on social justice.

“I just think, for me and my platform, my duty is to speak out on things that are happening and that’s just my stance,” Vaccaro said. “If you have any questions about what’s happening or what’s going on with the team with that stuff, I’ll answer them, but I’m just not going to talk football this year.”

Dolphins player representative Christian Wilkins wore a “VOTE” T-shirt to a recent Zoom session with the media to highlight that issue.

Vikings players held a joint media session after an intrasquad scrimmage at their stadium with coach Mike Zimmer and several players talking about the team’s continuing effort to seek social justice. Running back Ameer Abdullah was the most specific, calling for the prosecution of white Minneapolis police officer Derek Chauvin, who knelt on George Floyd, the handcuffed Black man, for nearly 8 minutes as Floyd died.

The Ravens sent a letter from players and staff to Senate Majority Leader Mitch McConnell that was read aloud by several players on Twitter calling on him to put the George Floyd Justice in Policing Act to a vote in the Senate.

“It’s time for everybody to speak up and put pressure on things they see is wrong. It’s been too long of everyone casting a blind eye,” 49ers cornerback Richard Sherman said. “These are wild times and the more we can speak up and shed light on it, the better the world will be for our kids.”

Few players are doing more than Armstead, who along with shedding light on important issues of social injustice is also doing work in the community to back up those words.

Through his Armstead Academic Project in the Sacramento area where he grew up, Armstead has made a commitment to giving back to the community after signing an $85 million, five-year contract this offseason.

“Our education system was a glaring issue to me,” Armstead said. “I feel if it can be addressed, we’ll go an extremely long way. I feel all students need and deserve the right to have the opportunity to be successful in life and that starts with their education early on. ... I think no matter where a student lives or what neighborhood they grew up in, they deserve a chance to be successful in life and have a great education. So that really became important for me a few years ago and I decided to put a lot of effort toward that.

He also has worked on voting rights issues and police reform, as well as being one of the 49ers on the Players Social Justice Council who helped determine which organizations would receive grants from a $1 million pledge by team CEO Jed York to organizations creating societal change.

Armstead also has helped educate his teammates who came from more privileged backgrounds on some of these issues, while also working on getting a wider platform for them.

“It’s about time that everybody gets involved,” 49ers tackle Mike McGlinchey said. “It’s time to stop staying silent on certain things and become an ally to these issues. I think that where I’ve really grown over the last year or so. You finally become awake to the things that have been going on for a long time that you necessarily didn’t notice or didn’t see or didn’t understand prior. I have a lot my teammates to thank for that.”