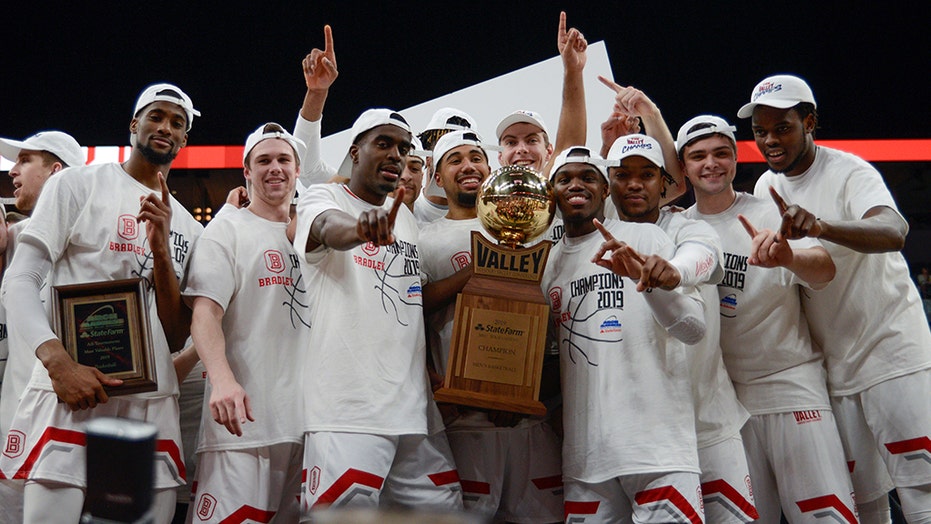 The 2020 Missouri Valley Conference men’s basketball tournament will determine which team gets an automatic bid to get the NCAA Men’s Basketball Tournament beginning on March 17.

The first round of the tournament is slated to begin on March 5 and will run through March 8, at the Enterprise Center in St. Louis -- earning the name Arch Madness.

Here is the schedule for the Missouri Valley tournament.

AJ GREEN, NORTHERN IOWA: A.J. Green, a sophomore at the University of Northern Iowa, was awarded the Larry Bird MVC Player of the Year award after helping the Panthers earn their first regular-season championship since 2010. He leads the league in scoring with a 19.7 average.

MARCUS DOMASK, SOUTHERN ILLINOIS: Marcus Domask was named both Newcomer of the Year and Freshman of the Year, marking the eighth time in conference history that a player has received both awards. He leads the conference’s freshmen this season with 428 points making him the 15th-best all-time in MVC history for a freshman.

MARQUISE KENNEDY, LOYOLA: Marquise Kennedy, a freshman at Loyola Chicago, was awarded the Sixth Man Award after averaging 9.3 points per game after just six starts in 31 games. He also completed 38 steals and 41 assists in his first year.

TYREKE KEY, INDIANA STATE: Tyreke Key got some Player of the Year votes. The junior guard averaged 15.8 points and 4.7 rebounds per game.