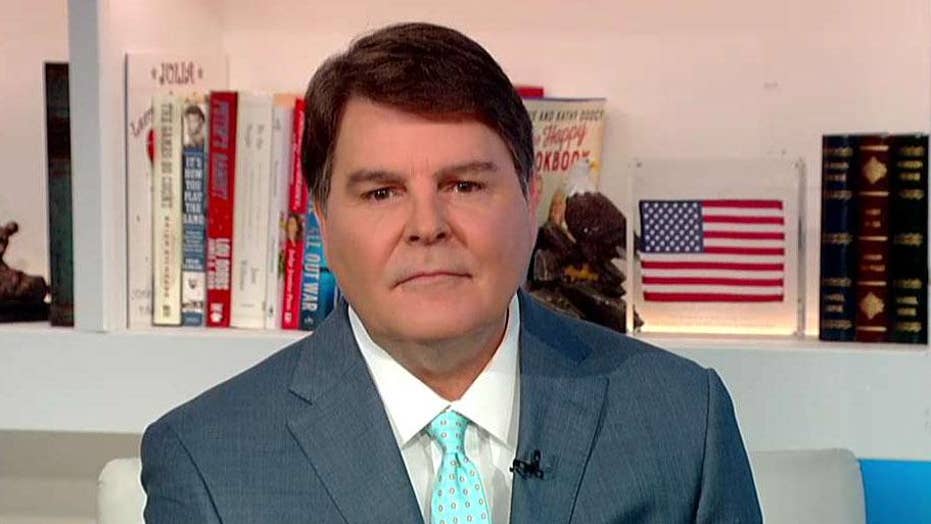 Gregg Jarrett: Democrats have shifted to the 'Ukraine witch hunt'

Fox News legal analyst Gregg Jarrett breaks down the trouble with Democrats' accusations about President Trump and Ukraine and goes inside his new book 'Witch Hunt.'

From the publisher: Now that every detail and argument set forth in The Russia Hoax has been borne out by the Mueller report, Jarrett returns with Witch Hunt, providing a hard-hitting, well-reasoned evisceration of what may be the dirtiest trick in political history.No marks have ever been as gullible as distraught Democrats in 2016. Washington insiders broke rule after rule investigating the president, chasing a conspiracy that turned out not to exist. Somehow this was spun into Donald Trump having something to hide. People associated with the president were pushed into plea deals that had nothing to do with Russian “collusion” or discouraged from serving by the threat of huge legal bills. Somehow this was spun into Trump’s lawyers being bullies. The president complained that the investigation was a waste of time, but he allowed it to continue unimpeded to the end. Somehow this was spun into obstruction of justice.

In Witch Hunt, Gregg Jarrett uncovers the bureaucratic malfeasance and malicious politicization of our country’s justice system. The law was weaponized for partisan purposes. Even though it was Hillary Clinton’s campaign that collected and disseminated a trove of lies about Trump from a former British spy and Russian operatives, Democrats and the media spun this into a claim that Trump was working for the Russians.

Senior officials at the FBI, blinded by their political bias and hatred of Trump, went after the wrong person. At the DOJ, the deputy attorney general discussed secretly recording the president and recruiting members of the cabinet to depose Trump. Those behind the Witch Hunt have either been fired or resigned.  Many of them are now under investigation for abuse of power. But what about the pundits who concocted wild narratives in real time on television, or the newspapers which covered the fact that rumors were being investigated without investigating the facts themselves?

Factual, highly persuasive, and damning, this must-read expose makes clear that not only was there no “collusion,” but there was not even a basis for Mueller’s investigation of the charge that has attacked Trump and his administration for more than two years. It’s always been a Witch Hunt.