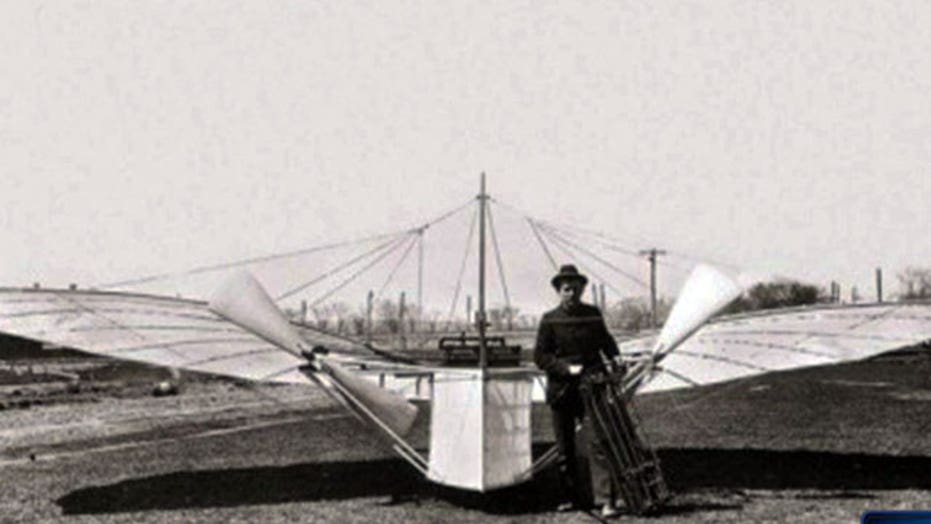 Is his plane claim full of hot air?

Orville and Wilbur Wright were actually second in flight, and the Wright Flyer honored with a spot at the Smithsonian wasn’t the first plane. That stunning claim come from Australian historian John Brown, who told FoxNews.com that Gustav Whitehead -- a Bavarian who immigrated to Connecticut -- made a sustained powered flight in a heavier-than-air machine on August 14, 1901, two years before the Wrights.

In a statement published on the National Air and Space Museum’s website Friday, senior curator of aeronautics Tom Crouch stood by Orville and Wilbur -- arguing that we were right about the Wrights.

“The strongest argument against the Whitehead claims is to be found in the fact that not one of the powered machines that he built after 1902 ever left the ground,” Crouch wrote. “Are we to assume that he forgot the secret of flight?”

Whitehead flew a winged, bird-like plane called No. 21 or "The Condor," with wooden wheels and canvas wings stretched taut across bat-like wooden arms. Brown said it rose over the darkened streets of Bridgeport, Conn., and covered an estimated 1.5 miles at a height of 50 feet.

Whitehead reportedly brought the chief editor of the Bridgeport Herald to witness the event, which led to a news article for the paper and a photo of the historic event -- a photo that, unfortunately for history, turned out to be awfully blurry.

Brown instead based his claims on an exhaustive analysis of a century-old image, a picture of that picture that he believes depicts Whitehead in the air over Connecticut.

Brown blew up the image 3,500 percent. It yielded a blurry smudge. But based on that image and a slew of turn of the century news accounts, he convinced the authoritative publication “Jane’s All the World’s Aircraft” of Whitehead’s story.

In the introduction to the 100th edition of the book, posted online March 9, editor Paul Jackson sided with Whitehead. The Smithsonian curator took issue with Jackson too.

“Mr. Jackson would have been well advised to take a look at the historical record of the case, and not make his decision based on a flawed website,” Crouch wrote.

Connecticut politicians have nevertheless been eager to shanghai the “first in flight” mantle from North Carolina. Bill Finch, the mayor of Bridgeport (where Whitehead reportedly made his historic flight) recommends that the state get new license plates reading “First-er in Flight,” according to the CT Mirror website.

There’s even talk of “Whitehead bratwurst” at local restaurants, the site notes.