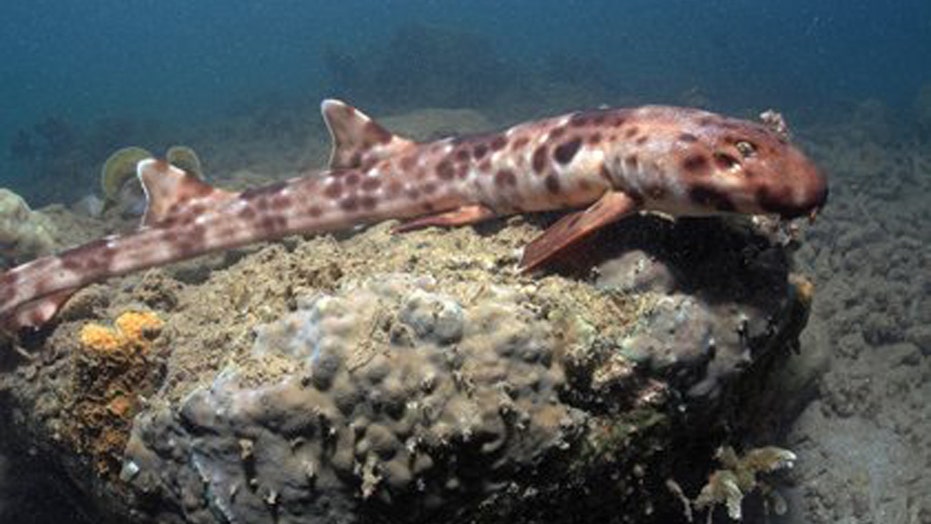 The newly discovered species brings the total number of walking shark species to nine and Christine Dudgeon, the study's lead author, believes they may have evolved after getting separated from their original population.

“Data suggests the new species evolved after the sharks moved away from their original population, became genetically isolated in new areas and developed into new species,” Dudgeon said in a statement.

70M YEAR-OLD DINOSAUR REPLACED ITS TEETH AS FAST AS SHARKS

“They may have moved by swimming or walking on their fins, but it’s also possible they ‘hitched’ a ride on reefs moving westward across the top of New Guinea, about two million years ago," Dudgeon added.

Despite their scary sounding name, the 2-feet-long walking sharks don't pose a threat to humans, Dudgeon said. They do "have a remarkable edge on their prey, small crustaceans and mollusks, due to their "ability to withstand low oxygen environments and walk on their fins," the researcher added.

“These unique features are not shared with their closest relatives the bamboo sharks or more distant relatives in the carpet shark order including wobbegongs and whale sharks," explained Dudgeon, who added that she believes more walking sharks are yet to be discovered.

The study has been published in the scientific journal Marine and Freshwater Research.