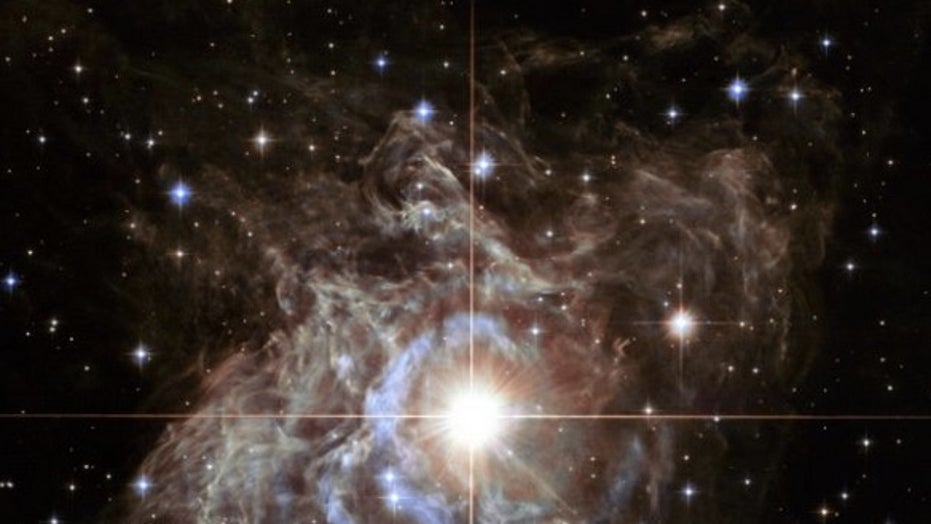 The universe is assumed to be approximately 13.8 billion years old, but a new study from researchers suggests it could be as much as 1.2 billion years younger than that.

The research looked at "observable measurements" of the Earth compared to 50 different galaxies and tweaked the Hubble Constant (H0) to come up with the new age. The experts used a new method to reconfigure the Tully-Fisher approach, used to measure the light in the universe, to come up with their conclusion.

“The distance scale problem, as it is known, is incredibly difficult because the distances to galaxies are vast and the signposts for their distances are faint and hard to calibrate,” University of Oregon physicist and the study's lead author, Jim Schombert, said in a statement.

This image made available by the European Space agency shows galaxies in the Hubble Ultra Deep Field 2012, an improved version of the Hubble Ultra Deep Field image. A study published Sept. 12, 2019, uses a new technique to come up with a rate that the universe is expanding that is nearly 18 percent higher than the number scientists had been using since the year 2000. (Credit: NASA, ESA, R. Ellis (Caltech), HUDF 2012 Team via AP)

Scientists estimate the age of the universe by using the movement of stars to measure how fast it is expanding. If the universe is expanding faster, that means it got to its current size more quickly and therefore must be relatively younger.

In 2013, a team of European scientists looked at leftover radiation from the Big Bang and pronounced the expansion rate a slower 67. In 2019, Nobel Prize-winning astrophysicist Adam Riess of the Space Telescope Science Institute used NASA's super telescope and came up with a number of 74. And another team earlier this year came up with 73.3.

Traditionally, the Hubble Constant has been set at 75, but another approach to measuring the light in the universe, the Cosmic Microwave Approach, sets it at 67. However, Schombert noted the two measurements should still come to the same age of the universe.

“The tension in the field occurs from the fact that it does not,” he added. “This difference is well outside the observational errors and produced a great deal of friction in the cosmological community.”

Nonetheless, further research is needed to gain a better understanding of the age of the universe and the physics involved, Schombert explained.

“Our resulting value is on the high side of the different schools of cosmology, signaling that our understanding of the physics of the universe is incomplete, with the hope of new physics in the future.”

The study was published in the Astronomical Journal.